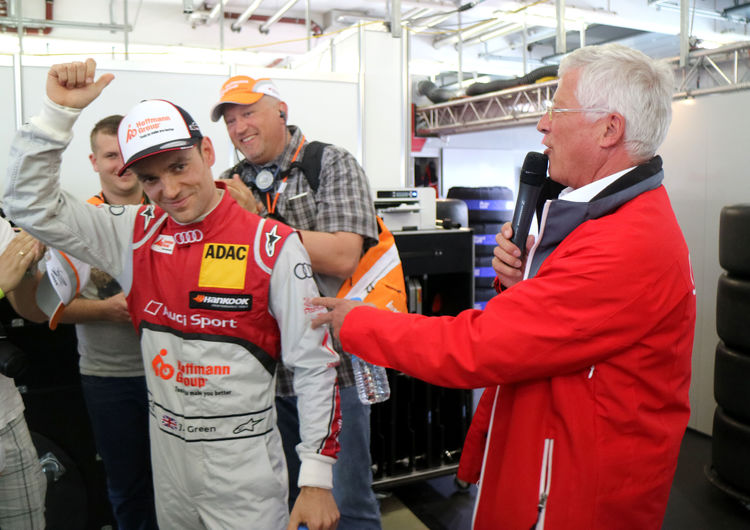 For Sunday’s DTM race at the Lausitzring Audi again secured the four top spots on the grid. Jamie Green, who in the Hoffmann Group Audi RS 5 DTM of Audi Sport Team Rosberg captured the pole position with an unusual advantage of more than half a second, was the man of the day.

“My car is simply perfect this weekend,” said the Briton after the ‘dream lap’ he set shortly before the end of the 20-minute qualifying session. “Yesterday, I could have not only clinched victory but the top spot on the grid as well. I didn’t quite manage that because the first lap wasn’t clear yesterday. The lap today was near-perfect. Still, it’s going to be a long and tough race this afternoon.”