“Germany’s next Topmodel” visits Audi at the DTM 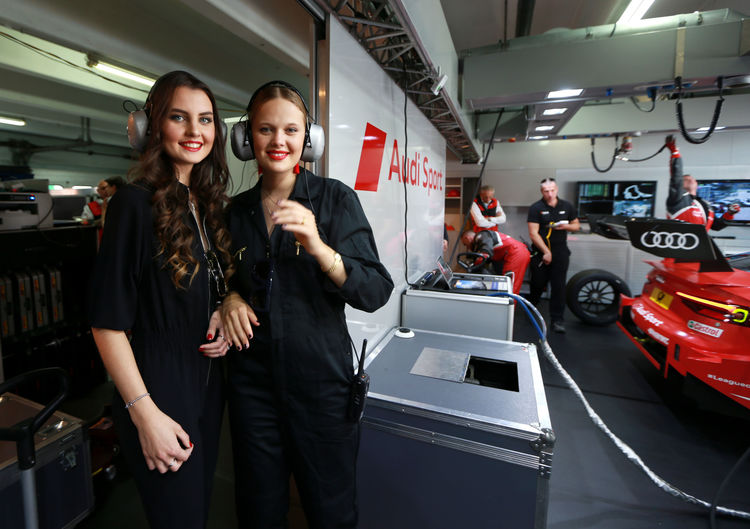 Two candidates of the ProSieben television show “Germany’s next Topmodel” took a peek behind the scenes of Audi Sport Team Rosberg during the DTM season opener at Hockenheim. Models Pia and Jennifer, both in the top 8 of the ongoing casting show, watched the season’s first qualifying session at the team’s garage – in close touch with the two campaigners, René Rast and Jamie Green. In addition, they were able to closely follow the team’s workflow during the session via team radio.