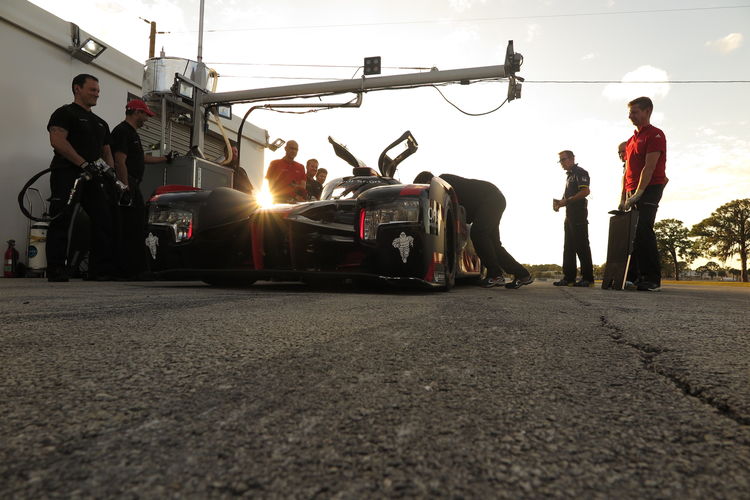 Audi R18 during a test in Sebring

The Audi R18 successfully passed its next proving stage in the United States. On the road course at Sebring, the new LMP1 sports car had the chance to prove its prowess during the second week of December. The track in Florida runs on the concrete sections of a former airfield and produces high mechanical loads. Initially taking turns at the wheel of the test vehicle were Marcel Fässler/André Lotterer/Benoît Tréluyer (CH/D/F), who had traveled from the FIA awards ceremony directly to Florida, before their teammates Lucas di Grassi/Loïc Duval/Oliver Jarvis (BR/F/GB) took over. “’We have been able to gather a lot of findings,” said Chris Reinke, Head of LMP at Audi Sport. “The suspension, the chassis structure, and particularly the powertrain components, were subjected to an endurance test at Sebring. We checked off a large number of tasks on our list and are now going to tackle our next goals.” The 2016 FIA World Endurance Championship (WEC) season will kick off at Silverstone (GB) in 127 days from now.