Ekström cheered on at kart race in Colombia 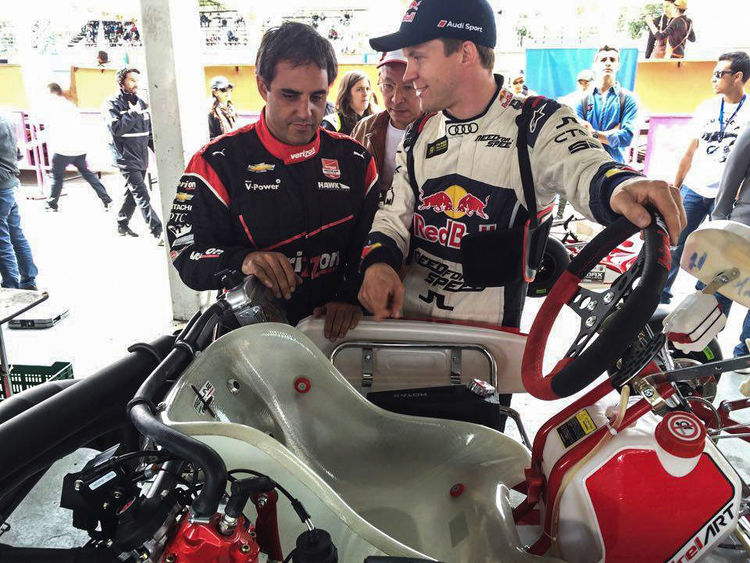 Mattias Ekström has no desire to stop for the winter. The Audi DTM driver accepted an invitation from ex-Formula 1 driver Juan Pablo Montoya to compete in a kart race in the Colombian capital city Bogotá and finished fourth in the main race. “Even though it wasn’t enough for a trophy, it was a great experience to be here in Colombia,” said Ekström. “The culture and people are fantastic. Thanks to Juan Pablo for the invitation.” In addition to Ekström, the many fans around the track situated about 2,600 meters above sea level cheered on many other motorsport greats – including Hélio Castroneves and Travis Pastrana. Fittingly, the organizer Montoya won the event.