EKS Audi Sport in third and fifth positions at the Estering 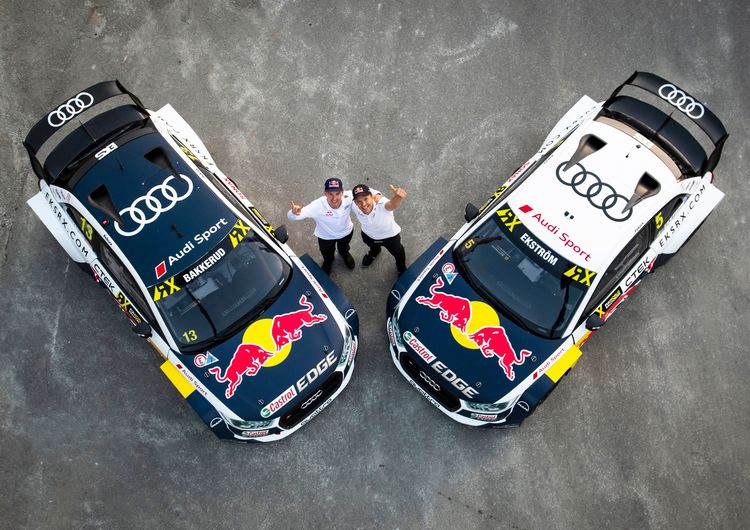 Following day one of Audi’s home round in the FIA World Rallycross Championship (World RX) at the Estering near Hamburg, EKS Audi Sport is ranked in positions three and five. Andreas Bakkerud in an Audi S1 EKS RX won the second qualifying session in his group of starters and finished day one in third place of the overall classification. “I had a good start and managed to pass Timmy Hansen on lap two,” said Bakkerud. “Third position after day one is a perfect starting base for Sunday because, as a result, we’ll only start in the last race in Q3 and will be in the middle of the grid. At the Estering, where the track may still be damp in fall, both are a big advantage.” His teammate, Mattias Ekström, is in fifth overall before the last two qualifying sessions on Sunday. “Although I had a good start in Q2 I hit gravel on the first lap and lost a few positions,” said last year’s winner. “Now we’re going to work overnight in order to find a few crucial hundredths of a second.”