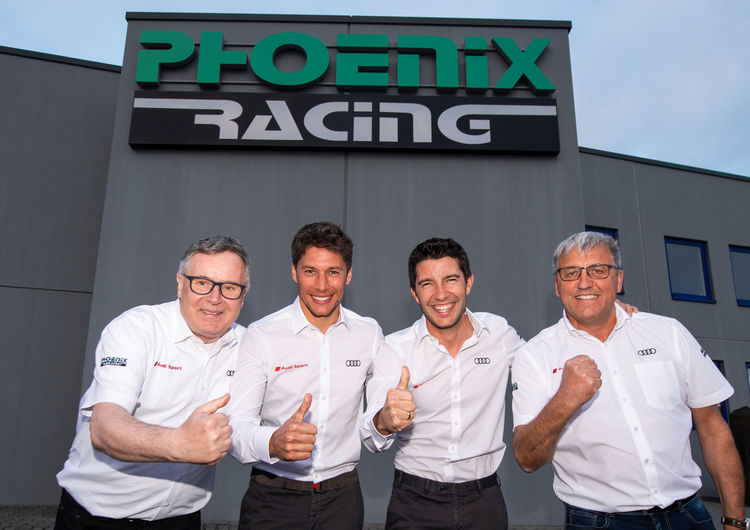 Audi Sport Team Phoenix is not only excited about an upcoming DTM season with many changes and innovations but also looks back on 20 years in motorsport this year. The future and the past were topics of discussion as well at the “Meet the Team” event in Meuspath to which Audi Sport’s DTM factory team had invited journalists. Ernst Moser, Dirk Theimann, Mike Rockenfeller and Loïc Duval provided a very personal foretaste of the 2019 DTM year. Also, stints in the team’s race simulator assisted by the two Audi DTM drivers were an elating experience for the guests. The joint dinner that concluded the event then took everyone on a time journey covering two decades of Phoenix Racing. “2019 is a special year for us, in which the DTM is again an absolute highlight. In our anniversary season, we want to link up to our successes of the past 20 years,” said Team Director Moser. Part of Phoenix Racing’s GT squad was represented at the media event as well: Team Manager Timo Frings and the three juniors, Kim-Luis Schramm, Finlay Hutchison and Iván Pareras, provided information about the upcoming challenges of the team in GT racing.