Celebrated star in France: Ekström second on Saturday at Lohéac 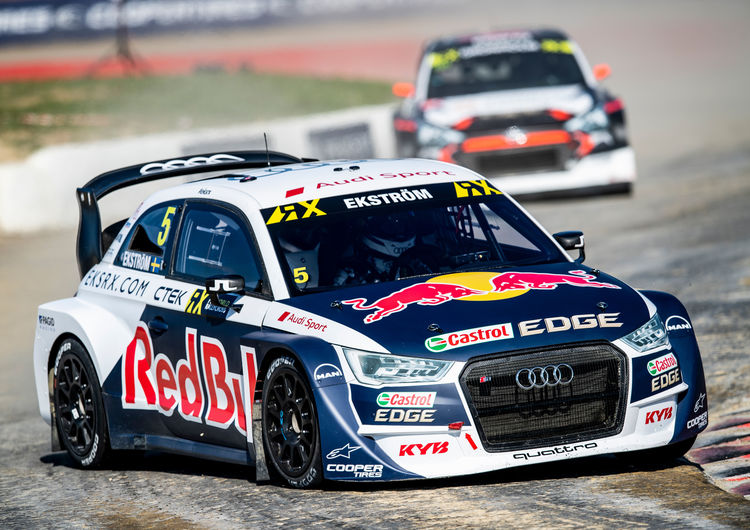 EKS Audi Sport is on course for a podium after day one of the FIA World Rallycross Championship (World RX) at Lohéac: Mattias Ekström in his 580-hp Audi S1 EKS RX quattro won the second qualifying and, as a result, is ranked in second place overall in the intermediate classification. In brilliant sunshine and in front of a full house, his teammate, Andreas Bakkerud, showed top performances as well. Following second place in Q1, he thrilled the fans in Q2 with a rocket start and clinched third position. The Norwegian will now start in third overall to the last two qualifying sessions on Sunday. “In second and third, we have a good starting base for day two,” commented Mattias Ekström. “I hope we can keep up this flow on Sunday too.”