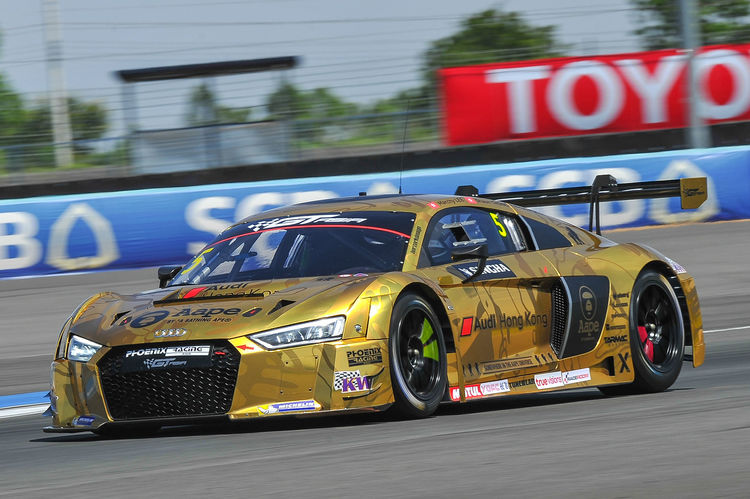 Marchy Lee and Shaun Thong triumphed in round two of the GT Asia Series season at Buriram, Thailand. The drivers from Team Phoenix Racing Asia won the first race on Saturday following a brilliant performance by Lee who drove the final stint. The Hong Kong Chinese took over the wheel of the Audi R8 LMS halfway through the race following solid preliminary work by his partnering driver Thong in position five. Toward the end of the 60-minute sprint race, Lee was the fastest driver on the Thai tarmac, overtook the rivals in front of him and celebrated victory.