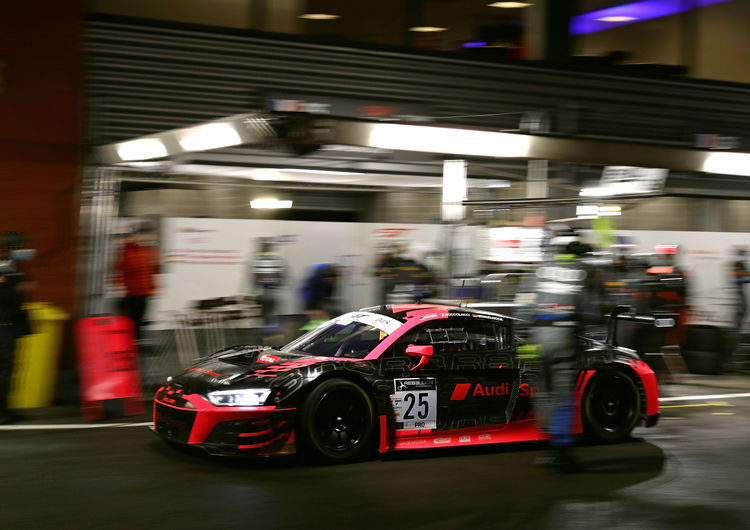 After twelve hours of the Spa 24 Hours, the number 25 car is the best Audi R8 LMS in the field. Dorian Boccolacci, Christopher Haase and Markus Winkelhock have now fought their way up to eighth place for Audi Sport Team Saintéloc after a wrong tyre choice at the start of the race. Two positions behind them are their three Audi Sport driver mates Mattia Drudi, Patric Niederhauser and Frédéric Vervisch. Their Audi number 66 from Audi Sport Team Attempto led the race after eight hours. In the ninth hour of the race, however, the team received a stop-and-go penalty for not keeping to the stipulated time for refuelling and a drive-through penalty for exceeding the speed limit in the pit lane. In 22nd place was the best Audi R8 LMS from Audi Sport Team WRT with Dennis Marschall, Ferdinand Habsburg and Matthieu Vaxivière. The number 33 of the Belgian Audi Club Team WRT with Rik Breukers, Benjamin Goethe and Stuart Hall was 35th overall halfway through the race and seventh in the Silver Cup.