Audi in promising positions after 8 hours 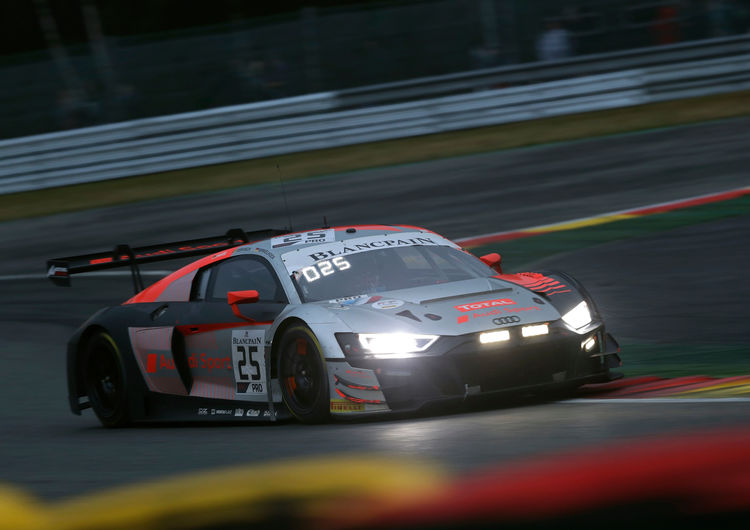 After a third of the race at the Spa 24 Hours, Audi is in promising positions within the record field of 72 GT3 sports cars. Variable weather conditions with intermittent heavy rain and different racing strategies made for many position changes in the field. After eight hours, the Audi R8 LMS of Audi Sport Team Saintéloc (car no. 25), with Markus Winkelhock behind the wheel, was the best-placed Audi – running in sixth place. In ninth place was the no.2 car with Frank Stippler (Audi Sport Team WRT). Ricardo Feller, driving the no. 129 car from Montaplast by Land-Motorsport, was in fifteenth, followed by Ivan Pareras who was the leader of the Silver Cup category in the no. 5 car from Phoenix Racing. Positions 21 to 23 saw cars no. 66 (Clemens Schmid, Attempto Racing), no. 10 (Rik Breukers, Belgian Audi Club Team WRT) and no. 1 Robin Frijns (Audi Sport Team WRT), respectively. The latter also led up until midway through the eighth hour of racing and has already completed its obligatory technical pit stop with a longer duration of five minutes – one of only a few cars to have done this so far. Three more Audi R8 LMS cars were running in 35th, 61st and 63rd. The no.55 car from Attempto Racing became the only retirement among the eleven Audi R8 LMS entries. Shortly before the end of the eighth hour, Steijn Schothorst had to park the car due to a loss of drive.