Audi fights for lead at Spa 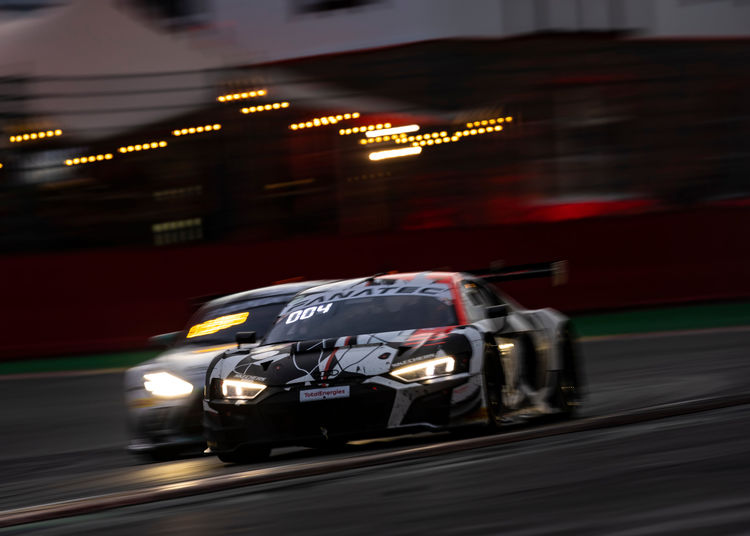 Thanks to a strong recovery from 54th place on the grid, the number 32 Audi R8 LMS is fighting for the lead of the Spa 24 Hours after the first third of the race. Kelvin van der Linde, who was in second place, fought a close battle with several position changes for first place in the eighth hour of the event. After eight hours he was only 1.5 seconds short of the top position. With a gap of only 8.5 seconds to the South African, Robin Frijns in the number 37 sister car also established himself in the leading group in third place. Markus Winkelhock in the number 25 Audi R8 LMS from Audi Sport Team Saintéloc occupied tenth place after eight hours of racing. The number 66 Audi R8 LMS also made up numerous places and moved up from a position outside the top 30 to 17th.