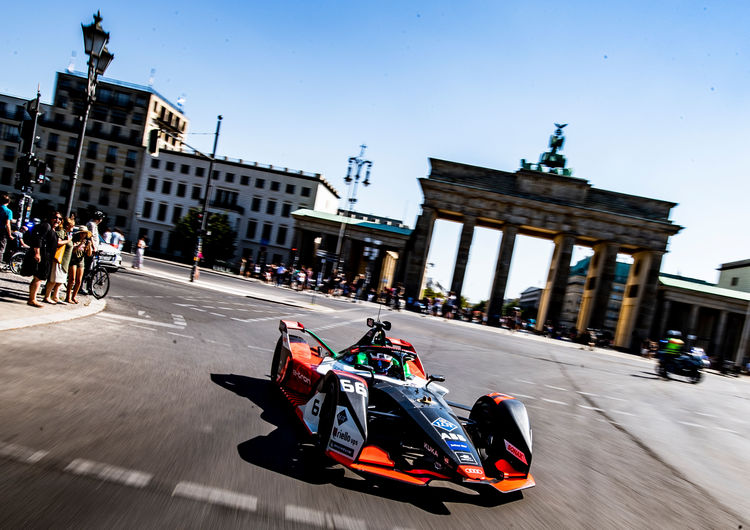 From the racetrack to the road: With a lap through downtown Berlin, Audi promoted the two final rounds of the sixth Formula E season, which will be held on Wednesday and Thursday at the former Tempelhof Airport. Kelvin van der Linde was behind the wheel of the fully-electric Audi e-tron FE06. The South African is supporting the Audi Sport ABT Schaeffler team off the track during the preparation in the simulator and was a driver in the Formula E rookie test in Marrakesh. After the start at Alexanderplatz, van der Linde drove to the Reichstag, across the “Strasse des 17. Juni” and past Potsdamer Platz. The highlight was a stopover in front of the Brandenburg Gate, where numerous tourists were delighted with the unusual photo opportunity.