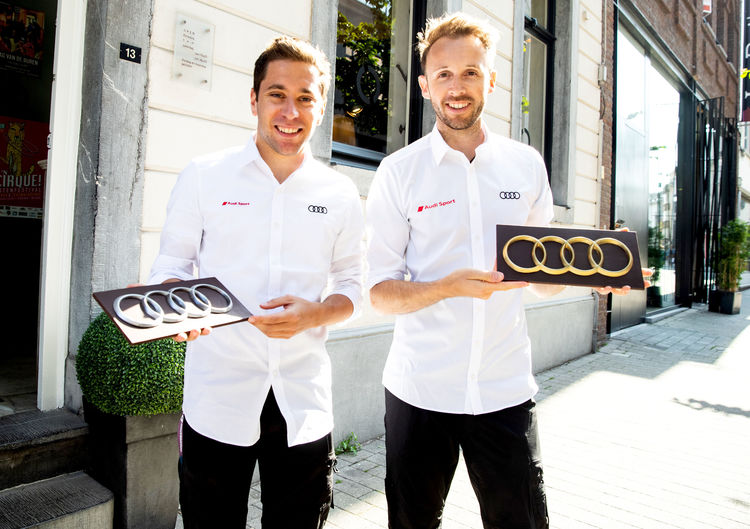 One day before the DTM’s return to Zolder, the first race venue in its history, two Audi DTM drivers gained special insights into the Belgian art of making chocolate. During the demonstration, René Rast and Robin Frijns proved their manual dexterity: With guidance provided by master chocolatier Patrick Mertens, both Audi factory drivers were tasked to make chocolate creations including pralines and forming the four rings of Audi’s logo from chocolate – in the transparent Boon factory. “It’s impressive to see the great passion with which chocolate is made here,” said local hero Frijns, who lives in Lanaken, just a roughly 20-minute drive from Zolder.