Links
{{ activeItem() }}
Twitter
07/03/22
2 races, 2 victories: Audi Sport drivers @vanthoordries1 and @weerts_charles secured their second win of the… https://t.co/IbvQDvdB6s
07/03/22
Back on the podium: @ReneRastRacing celebrated third position in Sunday's @DTM race at the @norisring. The German w… https://t.co/2GD1z2KFeR
07/03/22
Audi 1-2-3 in today's Qualifying of @GTWorldChEu at @circuitomisano: Audi Sport driver @vanthoordries1 took pole po… https://t.co/wrIEL4YV13
07/02/22
Victory in the @GTWorldChEu for Audi Sport drivers @vanthoordries1 and @weerts_charles at @circuitomisano. The #30… https://t.co/7cuyOqenCg
Audi Sport on Twitter
{{ activeItem() }}
Facebook
07/02/22
Podium for René Rast at the Norisring: The former DTM champion clinched third place in an eventful DTM race on the street circuit in Nürnberg. >> audi.com/GT3 #PerformanceIsAnAttitude
07/01/22
At our home race as the leader of the DTM manufacturers’ standings. This race weekend on the streets of the Norisring is also the halfway mark of the 2022 DTM season. >> audi.com/GT3 #PerformanceIsAnAttitude
06/29/22
Throwback to our sixth overall victory at the Green Hell: It’s been one month already since Audi Sport Team Phoenix won the 2022 ADAC TotalEnergies 24h Nürburgring with the Audi R8 LMS. And our next endurance challenge is on the horizon: the 24 Hours of Spa in one month’s time, July 28–31. >> audi.com/GT3 #PerformanceIsAnAttitude
06/27/22
The first victories of the season in NLS and FIA WTCR highlighted this past weekend – together with more strong results in GT3, GT4 and TCR competition. Well done to our customers! In addition, our 24h Nürburgring-winning Audi R8 LMS was at Goodwood. 🇩🇪 🇪🇸 🇳🇱 🇬🇧 🇵🇱 🇺🇸 🇩🇰 >> audi.com/GT3 >> audi.com/GT4 >> audi.com/TCR #PerformanceIsAnAttitude
Audi Sport on Facebook 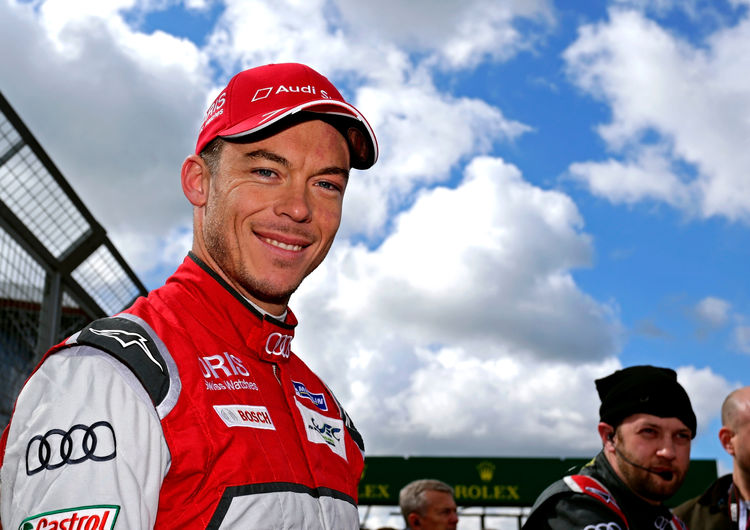 For André Lotterer as the only German driver in Audi’s lineup, the race at the Nürburgring is his home round.

On July 24, you will be competing in the Audi R18 in the FIA World Endurance Championship (WEC). It’s Audi’s home round as well as yours. Are you excited?

Absolutely! I still remember well what kind of a wonderful welcome we received by the crowd a year ago. More than 60,000 fans turned out for the German debut of the FIA WEC in the Eifel. It would be great if this year an equal number or even more spectators would support us at the Ring.

In sporting terms, this season is very challenging. What are your aims?

Our season has been less than perfect so far. In fourth place of the standings, my teammates and I have scored 35 points up to now, so the gap between us and the top is large. However, we’ve only contested three races to date, with six more to follow. We’d like to make up as much ground as possible. That’s particularly difficult this year because all three manufacturers in the LMP1 category are on a similarly high level. Plus, at the Nürburgring Marcel Fässler and I will only be racing as a team of two because our teammate Benoît Tréluyer isn’t fit again yet after a mountain bike accident. But he’ll be in the car with us again starting in Mexico.

What does the challenge at the Nürburgring consist of?

The profile of the track is varied. There are relatively narrow turns such as the section after the start and finish or the chicane, as well as many semi-fast sections. So, the track is completely different from the past two at Spa or at Le Mans. And sometimes the weather in the Eifel is not as nice as it was a year ago when we had 30 degrees centigrade there – the weather has influenced a number of race decisions at the Nürburgring. We’re looking forward to all the challenges.