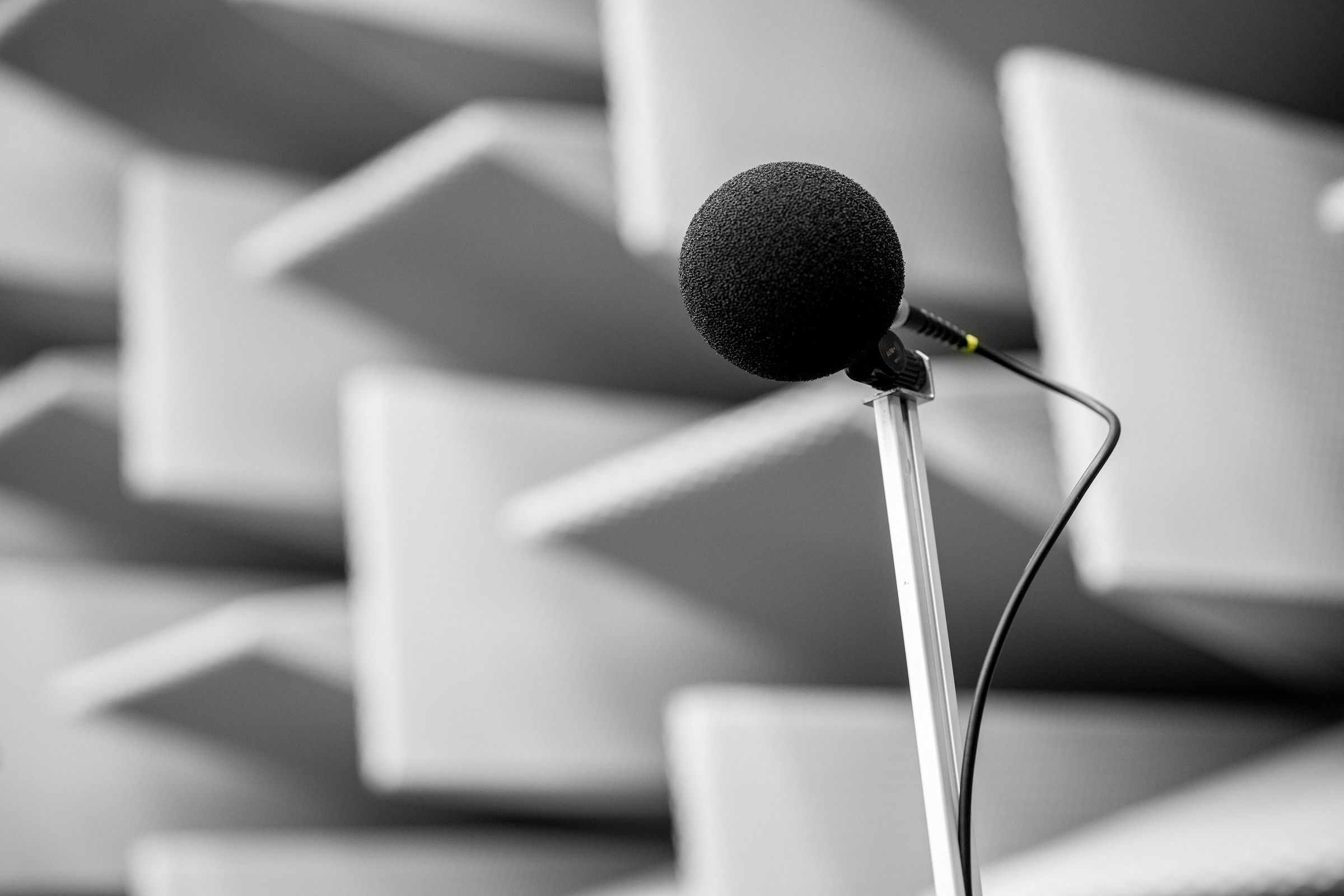 Powerful and progressive – all cars by Audi produce sound signatures that are balanced and harmonic in keeping with the brand. This also applies in particular for the e-tron GT. Engineers Rudolf Halbmeir and Stephan Gsell “composed” its digital sound.

The sound of a car is a unique quality – one that can be physically described but must above all be experienced live. We feel sound in our gut, and it touches our heart; it sends signals. Low frequencies create an impression of serene power, while mid-range frequencies express sportiness and agility. High frequencies provide a degree of brilliance and go well with the sonic backdrop of an electric car. The way the pedestrian on the street hears the external sound of a car is completely different from how the driver and front passenger experience the interior sound. They are only consciously aware of it in certain situations, yet it has a powerful influence on their driving experience.

“In principle, the sound of a car has much in common with music,” says Rudolf Halbmeir. The Audi sound designer is a dedicated musician who writes songs in his spare time and plays all the instruments himself in his private recording studio. Halbmeir reports: “To find the basis for the sound of the e-tron GT, I tried all sorts of instruments – from the violin to the electric guitar all the way to the didgeridoo, a wind instrument from Australia. But none of them were really suitable. Then I came across a piece of plastic pipe lying in the garden, it was 3 meters (9.8 ft) long and had a cross-section of 80 millimeters (3.1 in). I attached a fan at one end and listened to the sound coming out the other end. It was a very specific, deep growl – and I knew straight away that I had discovered the foundation of the sound.”

This creative moment was followed by traditional engineering work conducted both in the Audi sound laboratory and on the computer in the office. As a tool, he used a program that the team of Audi sound designers had written themselves, inspired by commercial software used for creating music. Halbmeir and his colleague Stephan Gsell used it to continuously develop the frequency structure into a finely balanced sample of 32 sounds. These include processed synthesizer sounds and, for instance, sounds made by a cordless screwdriver. The repertoire also features recordings of a model helicopter, and several variants of the plastic pipe can also be heard in the sound of the e-tron GT.

Another part of the development work was completed over many kilometers spent inside the car. After all, it is only here that real everyday conditions can be experienced – the movement, the wind and tire noises, the other vehicles. “Our sound is continuously recreated as the algorithm mixes and prioritizes the individual sounds differently,” explains Stephan Gsell. This is based on data about the rotational speed of the electric motors, the load, the vehicle speed, and other parameters supplied by the drive management. When the car is driven slowly, the e-sound is discreet, becoming fuller and more dynamic as speed increases. Although synthesized, it creates an authentic and finely nuanced impression of the work performed by the drive system.

“The sound of the e-tron GT must be appealing in every driving situation,” adds Gsell. “And naturally, one can’t rely on the preferences of individuals like us.” With this in mind, the Audi engineers invited 130 guests to participate in a customer study during the development phase. They sat behind a curtain and evaluated the sounds generated by passing cars – providing valuable input for the development work.And how does the electric powered Gran Turismo from Audi sound? “We deliberately avoided imitating an internal combustion engine or a spaceship from a science fiction movie,” explains Halbmeir. “Instead, we developed a sporty, expansive and sophisticated sound that also comes across as clear and distinctive. It combines familiar sound patterns with new, futuristic elements.” The sound of an Audi is more than just motor or engine noise. It is the acoustic expression of sportiness, sophistication and a progressive character – all the more so in the world of electric mobility.

Entirely up to the customer: the sound package in the e-tron GT

Customers of the Audi e-tron GT can decide for themselves whether and how they wish to hear the e-sound. Standard equipment includes the statutory warning sound at low speeds, known as AVAS (Acoustic Vehicle Alerting System). It is emitted by a loudspeaker positioned in the front area of the car. At high speed – from 20 km/h (12.4 mph) in the EU and from 32 km/h (19.9 mph) in North America – it becomes gradually quieter and is inaudible at 60 km/h (37.3 mph). Even in this standard version, the statutory sound components are embedded within a broader sound palette that exceeds the legal requirements.

The optional sound package delivers a far more emotional sound experience. Two control units and amplifiers positioned in the luggage compartment generate the exterior and interior sounds. In this configuration, the front exterior loudspeaker is joined by a counterpart in the rear end along with two loudspeakers in the rear doors for the interior sound. Their comparatively large dimensions allow them to accurately reproduce frequencies down to 65 Hz.

In the Audi drive select dynamic handling system, the driver can set how the e-sound is delivered. In efficiency mode, it is restricted to the AVAS warning sound. In the comfort profile, the rear exterior loudspeaker comes into play – delivering full and sophisticated exterior sound and remaining active up to the top speed. In dynamic mode, both exterior loudspeakers become louder, and the interior sound is added. The e-tron GT is the first electrically powered Audi model in which customers can configure the listening experience themselves – from the silence of the electric drive all the way to the fascinating sound backdrop.