Event information
Hockenheim is the traditional venue for the DTM finale and regularly attracts a six-digit number of spectators. A special attraction this year is the guest appearance of three cars fielded by Honda, Lexus and Nissan from the Japanese Super GT Championship.

Track description by René Rast
“Racing at the Hockenheim finale in front of grandstands packed with fans is always something very special. The race track is great fun too. Hockenheim features several fast corners, for example the entrance to the Motodrom. When you drive into the Motodrom the stadium atmosphere is also something unique. Parabolika with the following hairpin gives you the perfect chance to overtake. For me, Hockenheim is like coming home: I have a lot of positive memories, I’ve won many championships here and I’ve probably contested more races there than on any other race track.” 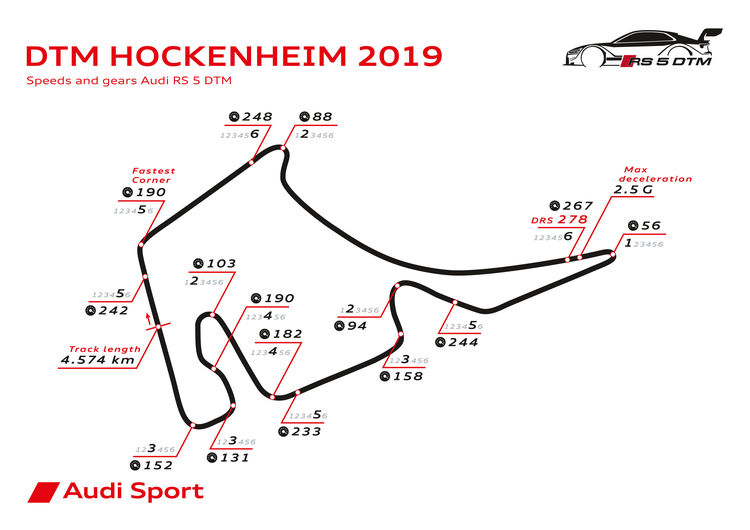