Mattias Ekström: The world champion continues to be hungry

In 2017, Mattias Ekström will again be competing in a dual role. In the DTM, the Swede is aiming to secure his third title in the new Audi RS 5 DTM. And as the reigning rallycross world champion he has a single goal this year: to crown himself again in the World RX.

On achieving success in the World Rallycross Championship last year, Ekström once again proved that he is one of the most universal race drivers. To date, he has contested 177 DTM races for Audi Sport Team Abt Sportsline, having celebrated 22 victories and two titles (2004, 2007) in the process. With that, Ekström is the most successful Audi DTM campaigner in history. In addition, his career has seen him triumph four times in the Race of Champions, racing in the World Rally Championship, NASCAR and other series, and celebrating overall victory in 2011 in the world’s most prestigious GT3 endurance race: the 24 Hours of Spa.

In rallycross, Ekström is more than just a race driver – since 2014, he has been a team boss as well, a dual role he was not able to imagine for a long time. When he was a young boy his father was racing in rallycross, but this sport was always too dirty for him. His opinion changed when he ran as a guest entrant in the 2013 European Rallycross Championship. On the way home, he decided to come back and win. With friends, partners and longstanding companions he began to put his plan into action – and went on to crown this effort with the world championship title. Much of what he has learned at Audi Sport and ABT is now reflected in his own rallycross team, EKS.

In spite of his numerous triumphs Ekström continues to be hungry for success. The dual burden of DTM and World RX demands iron discipline of the Swede, a perfectly structured calendar and a family that shares the 38-year-old’s passion and accepts that the red-blooded racer is on the road many years of the week. Ekström lives in Austria near the German border with his partner, Heidi, and their two children, Hanna and Mats. For his numerous trips to the airport in Munich, to the team in Kempten or to Audi in Neuburg/Donau the multi-talent loves using his Audi Q7. “This year, I ordered an SQ 7 – the Q7 is simply the best family car for me.” 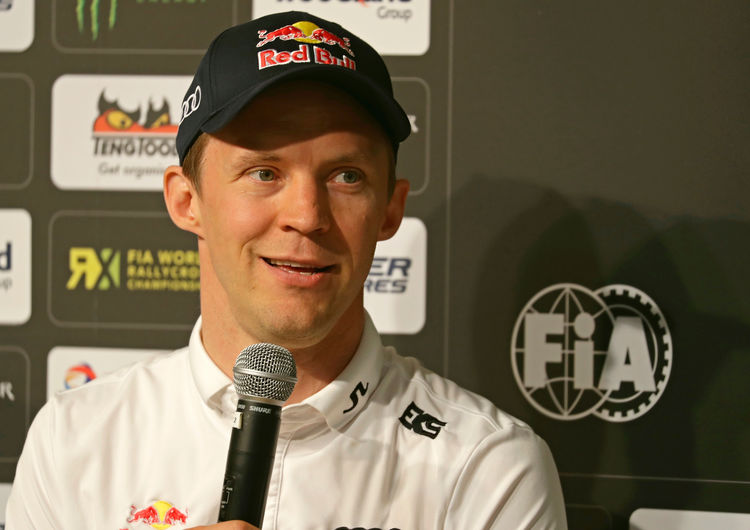