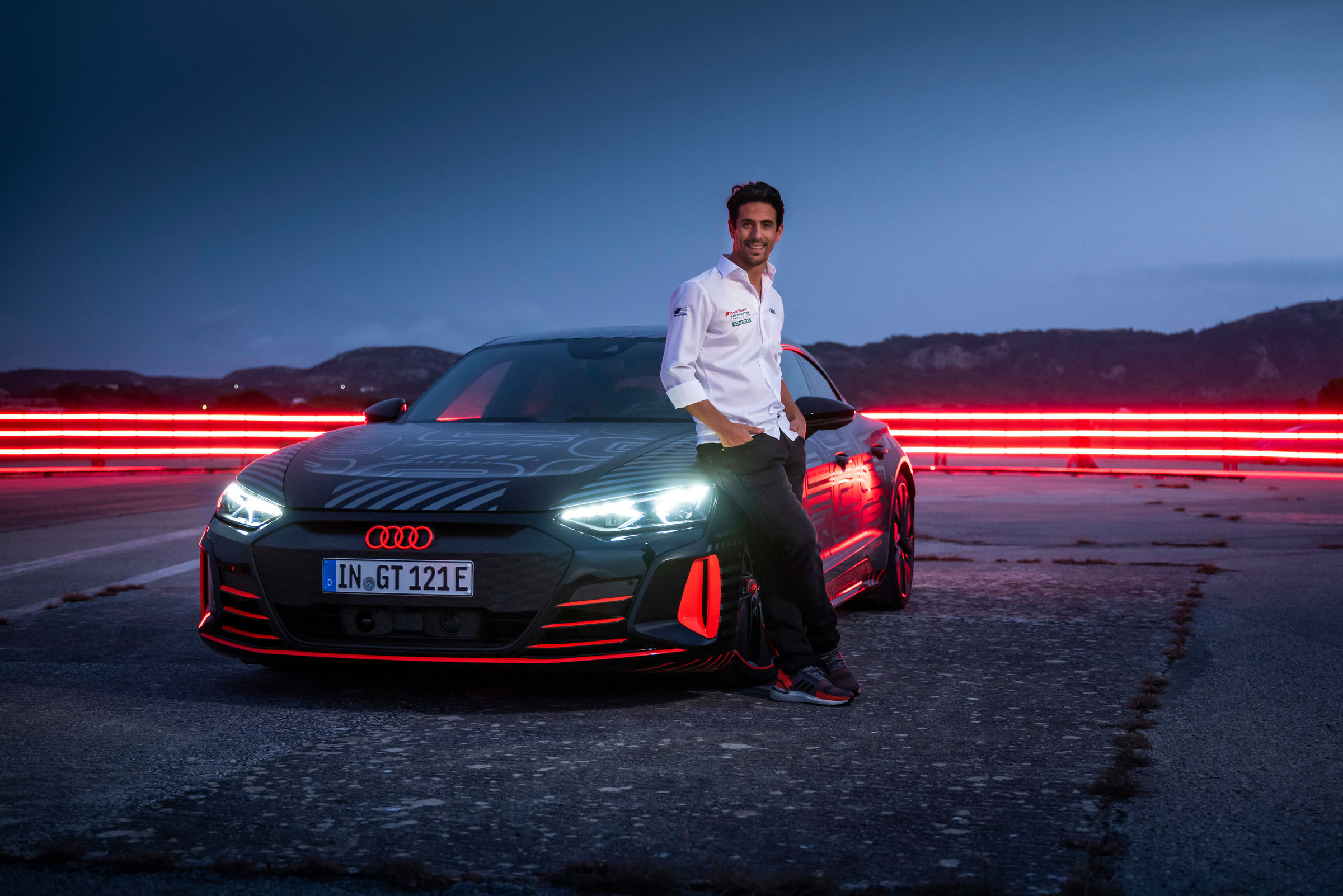 Lucas di Grassi is a pro all the way – both at the wheel and off the race track. In 2014, the native Brazilian won the inaugural race of the then newly launched Formula E, followed three years later by the title win with Audi Sport ABT Schaeffler. On 32 occasions, di Grassi stood on the podium for Audi in the past six years, which makes him the most successful driver in the electric racing series.

Powerful performance is a hallmark of the RS e-tron GT prototype as well. It is a superior Gran Turismo with exceptional handling characteristics and performance in the RS version. The production-based RS e-tron GT is an example of the brand’s premium mobility and fulfills the customers’ demand for high performance. Its dynamics, its precision and its high efficiency make it a trailblazer with a strong character that shapes the future of the brand.

The professional racer’s thinking goes far beyond motorsport, too. Lucas di Grassi is an international UN ambassador for clean air, so technological innovation and sustainable climate protection are a natural pairing in his book. Needless to say, the technology enthusiast from Monaco has a keen interest in Audi’s next electric car project, the e-tron GT.

The car is fun! Obviously, such a Gran Turismo is totally different to a race car. Even so, there are plenty of parallels, especially the powerful acceleration which, just like in our case, is fully available for a long time,” says di Grassi. “I particularly like the car’s handling. You know, for me as a race driver, comfort is not so important. But the car’s grip and precision in cornering are really impressive.”

The Audi RS e-tron GT prototype provides a prospect for the derivatives of the brand’s first all-electric model range rolling off the assembly line in Germany at Audi’s Böllinger Höfe facility at the Neckarsulm location. The low-volume manufacturing operation, in which the Audi R8 has been produced so far, has been extended, upgraded and converted for its new task. The integrated assembly of two cars with completely different powertrain technologies on one line is unique in the Volkswagen Group.