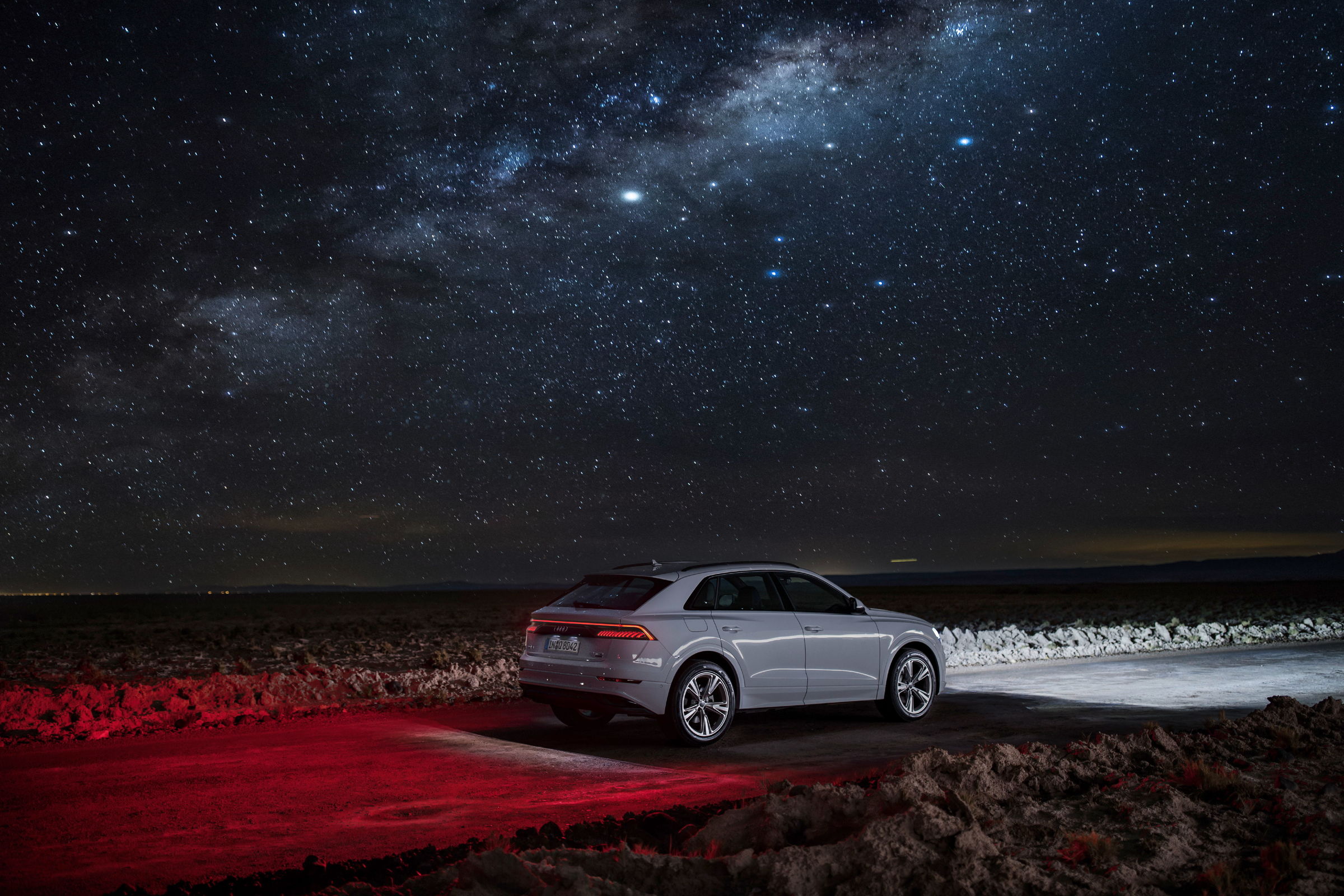 Digital character: the daylight running light signature
For the headlights, Q8 customers can choose between two versions, both in LED technology. From a distance the two-piece luminaires look very flat. Integrated into their upper section are the daytime running lights and the low beam, among other functions. The high beam is positioned underneath, darkened and offset to the back. In the optional HD matrix LED headlights, each high beam comprises 24 individual LEDs. They illuminate the road dynamically and precisely while excluding other road users from the cone of light. They also serve as the cornering light.

With the top-of-the-line headlights, the daytime running light signature has a digital character and for the first time is strongly three-dimensional. It consists of seven short segments and two longer ones at the edge of the headlight. The latter shift the visual focus to the outside, highlighting the width of the Audi Q8. The taillight uses a similarly three-dimensional design with its twelve segments – connected by the distinctive light strip which conveys depth. When braking, the brake light fills the surfaces between taillight segments.

In combination with the HD matrix LED technology, headlights and taillights not only feature dynamic turn signals, they are also expressively showcased whenever the car is locked or unlocked. With the leaving home function, for example, a dimmed point of light first swipes from the inside out when the SUV is unlocked. It then moves back at full brightness to fully illuminate the segments. With the coming home function, this sequence plays out in reverse when leaving the Audi Q8. The harmonious interplay between the headlights and taillights gives the SUV a dynamic character. In the future, Q8 owners will be able to use the myAudi app on their smartphone to activate various functions of the HD matrix LED headlights such as the cornering light and experience them from the outside – a unique feature in the competitive field.