Production milestone at the new car factory of Audi Hungaria: half a million Audi cars “made in Győr” 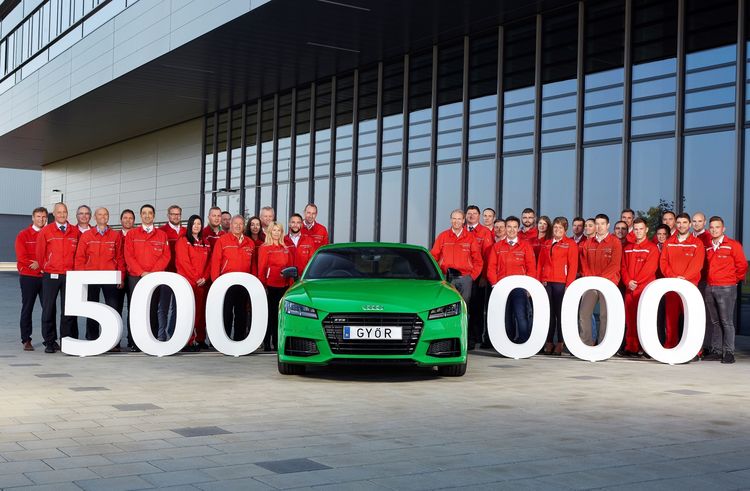 Automobile production has a long tradition at Audi Hungaria. “The production of the first Audi TT models began in Győr almost 20 years ago, in 1998. In 2013, we opened our first full-fledged automotive plant and, since then, we have produced 500,000 cars with the four rings in full production depth,” said Arnd-Robert Sponagel, Board Member for Car Production at Audi Hungaria. “In addition, we will expand our product portfolio next year with the premium compact SUV Audi Q3. It will be followed one year later by the new Audi Q4 as another model that is completely manufactured in Győr. With this model, Audi is entering the Compact Utility Vehicle (CUV) segment.”

The preparations for the start of production of the Audi Q3 are already underway at full speed. A new body assembly line, specifically created for the new models, is being constructed in an 80,000 square meter (861,112.8 sq ft) space.