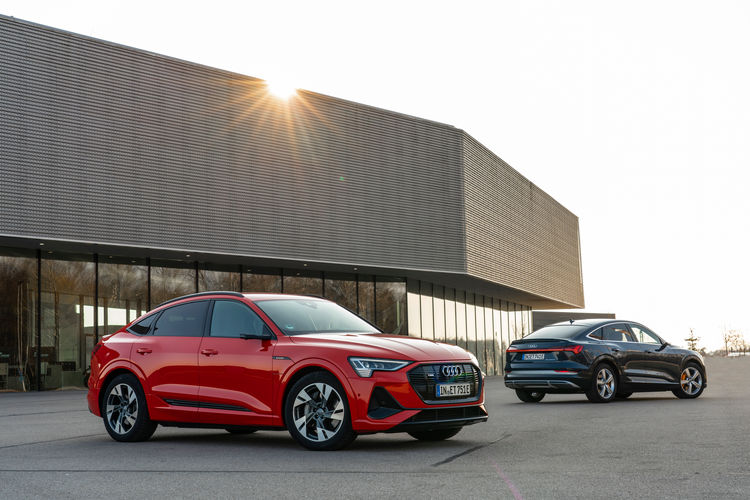 A noticeable recovery in the markets and a stabilization of business operations: After a very challenging first half of the year against the backdrop of the corona pandemic, the Audi Group is now catching up operationally and financially. Deliveries and revenue in the third quarter were both higher than in the prior-year period and operating profit is clearly positive. On a cumulative basis, the company has achieved breakeven in terms of operating profit and confirmed its ability to generate cash.

“In an economically difficult environment, we succeeded in lifting our operating business in the third quarter close to the level of recent years again. Audi is thus proving its resilience in the corona crisis and is maintaining its financial scope to continue investing in future fields such as electrification and digitalization,” says Arno Antlitz, Member of the Audi Board of Management for Finance and Legal Affairs.

Thanks to a sharp rise in demand since the middle of the year, the Audi brand’s cumulative deliveries of 1,187,190 vehicles in the first nine months (1,357,102) developed significantly better than the overall market, which contracted by 20.2 percent. Deliveries in China actually rose by 4.4 percent. Against the backdrop of the economic recovery in key markets, the company delivered approximately 30,000 or 6.4 percent more vehicles in the third quarter than in the prior-year period. Demand for Audi models in China rose significantly by 17.8 percent in the third quarter; deliveries in Europe remained at the previous year’s level, while sales in the US market rose from a still-low level.

Due to the negative impact of the corona pandemic on markets and sales, revenue amounted to €33,264 million in the first nine months of the year (€41,332 million). Positive factors were the good sales performance of individual models such as the all-electric Audi e-tron and, against the backdrop of strong business in China, higher revenue from the supply of parts kits for local production. The positive market trend in the third quarter is also reflected by a 1.7 percent increase in revenue compared with the same quarter of the previous year to €12,788 million (€12,571 million).

The Audi Group’s financial result increased significantly to €1,089 million (€429 million) due to the sale of HERE shares to new partners at THERE Holding B.V. Rijwijk (Netherlands) and the disposal of a subsidiary within the Volkswagen Group. Financial result also reflects higher net interest income and the strong business in China. Profit before taxes of €1,117 million in the third quarter was above the previous year’s figure (€1,088 million) and was €1,202 million in the first nine months (€3,668 million).

Despite lower earnings due to the pandemic, the Audi Group generated a net cash flow of €3,783 million, above the high level of the prior-year period (€3,271 million). In addition to the targeted reduction of inventories, particularly in the second quarter, and cash inflows from the sale of investments, strict cost discipline and significant savings on non-vehicle-related investments also contributed to the net cash flow. Antlitz: “We take future-oriented decisions on where to invest and what to leave out. We are not cutting back at all on strategically important projects, on our product portfolio and especially on our electric roadmap.”

The Audi Group is now cautiously optimistic about the rest of the year, but it is hardly possible to estimate the impact of the second wave of the corona pandemic reliably. Subject to this development, the company expects the positive delivery trend to continue in the fourth quarter. Audi deliveries and Audi Group revenue in the full year are likely to be significantly below the respective prior-year figures. Operating profit is expected to be substantially lower than in 2019, but clearly positive. The Audi Group is now forecasting a net cash flow at the previous year’s level.