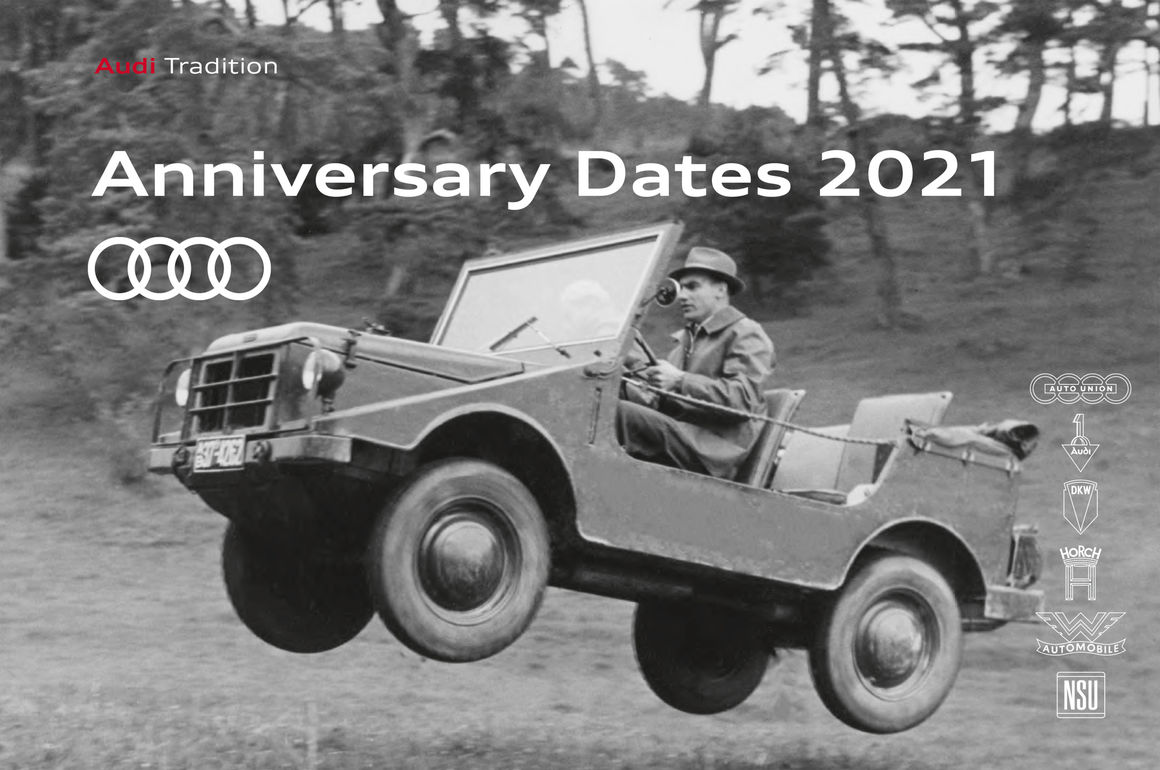 Audi Tradition is releasing its latest "Anniversary Dates 2021" digital booklet which provides you with the most important dates concerning Audi's company and product history. Outstanding this year: the Audi core message "Vorsprung durch Technik" ("progress through technology" or "the technical edge") which first appeared in an Audi commercial fifty years ago.

In August 1969, Auto Union GmbH, Ingolstadt, and NSU Motorenwerke AG, Neckarsulm, merged to form Audi NSU Auto Union AG. The model range of the new corporation was characterized by great technical diversity. In 1971, Hans Bauer, who worked in the Audi NSU advertising department, thought about how this diversity could be communicated as a competitive advantage. The result was as simple as it was brilliant: Vorsprung durch Technik! The Audi advertising slogan, which is now famous the world over, first appeared in a double-page Audi NSU advertisement in January 1971. From 1982, "Vorsprung durch Technik" was consistently used in connection with the Audi oval. And in international advertising, for example in the UK or the USA, the slogan was often used in German.

A technical innovation which could be said to have anticipated "Vorsprung durch Technik“ was the presentation of the DKW F1 ninety years ago, the first in a major series of German cars with front-wheel drive. The DKW F models formed the backbone of Auto Union AG, the predecessor of Audi, before World War Two. Almost 270,000 were produced before the Audi factory in Zwickau stopped production due to the war.Sixty-five years ago, Auto Union GmbH first delivered the DKW off-road vehicle to the newly established German armed forces, the Deutsche Bundeswehr – a major order that was to secure the future for the company and the Ingolstadt works. Thirty years ago, the presentation of the Audi Cabriolet finally established the brand with the four rings as a maker of sports vehicles. 71,510 cars were sold to customers. AUDI AG can also look back on a proud motorcycle history, as pre-war motor racing victories show. Eighty-five years ago, the Four Rings not only won several German championships, but also two world vice championships, awarded to Ewald Kluge and H.P. Müller, and on top of that DKW motorcycles also set fourteen new world records.

A complete overview can be found in the digital anniversary booklet online in the Audi MediaCenter.