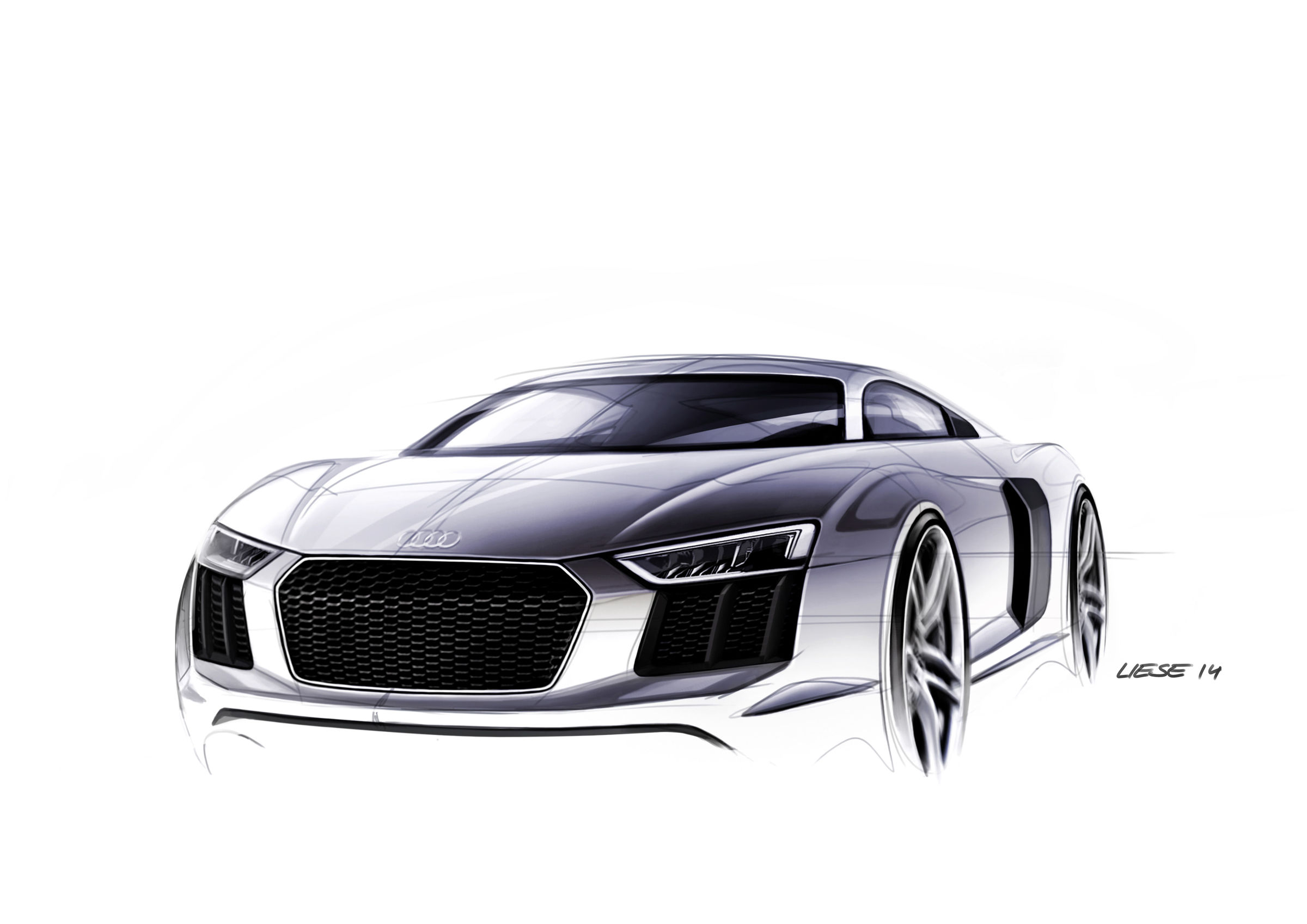 The new Audi R8 Spyder* opens another chapter in the R8 story. It all started in 2007 with the market introduction of the first-generation Coupé, followed by the Spyder in 2010. Sales of both versions combined reached approximately 27,000 units. They demonstrate the high-tech expertise of Audi and the strong connection with motorsport.

Audi restates this with the second R8 generation – its engineers developed the new Audi R8 LMS, a GT3 racing car, in parallel with the production models. As a result, almost 50 percent of all the parts used on the R8 LMS are also found in the R8. The close cooperation between racing engineers, motorsport specialists and developers has given the street version a significant boost in performance. The success of the Coupé is confirmed by prestigious awards bestowed on it last year, such as the “Golden Steering Wheel” and the “Auto Trophy.”

The mid-mounted engine in the Audi R8 and R8 Spyder is not only a classic concept in motorsport; it is also an integral part of the brand’s sporty DNA. The engines were located in front of the rear axle even in the Grand Prix racing cars used by Auto Union in the 1930s – a revolutionary step at the time.

In 2000, the LMP R8 prototype with a 3.6-liter V8 engine won the 24 hours of Le Mans for the first time. By 2005, the namesake of today’s high-performance production sports car had taken five overall victories at the Sarthe. It was then retired and replaced by the Audi R10 with a TDI engine.