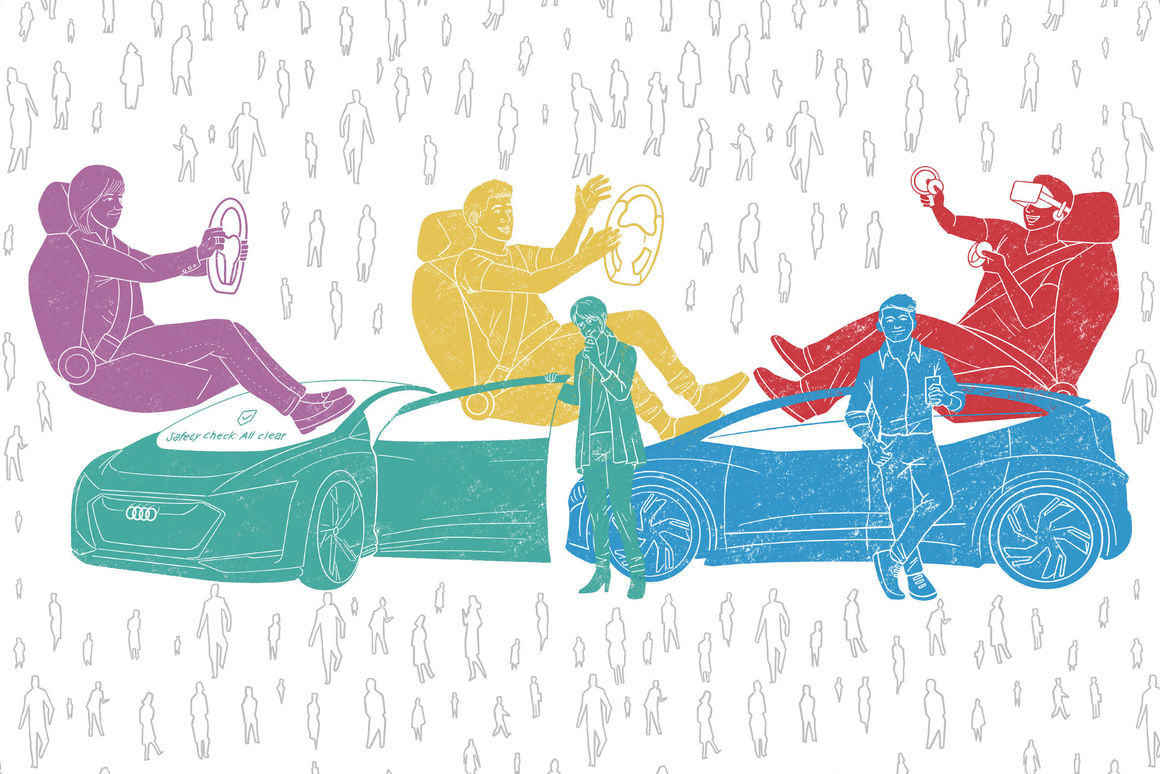 From the suspicious driver to the tech-savvy passenger: in the representative online study “The Pulse of Autonomous Driving”, Audi has produced a user typology of autonomous driving. In the context of the initiative “&Audi”, the mobility company Audi in cooperation with the market research institute Ipsos interviewed 21,000 people in nine countries1 on three continents. It shows that young, high-earning and well-educated “status-oriented trendsetters” and “tech-savvy passengers” most look forward to autonomous driving. Amongst “suspicious drivers”, who tend to be older with a lower level of income and education, skepticism is dominant. The “safety-oriented reluctant” would use autonomous driving only when others have gained experience with the technology. The largest user group are the “open-minded co-pilots”, who are fundamentally open to autonomous driving as long as they can take control at any time.