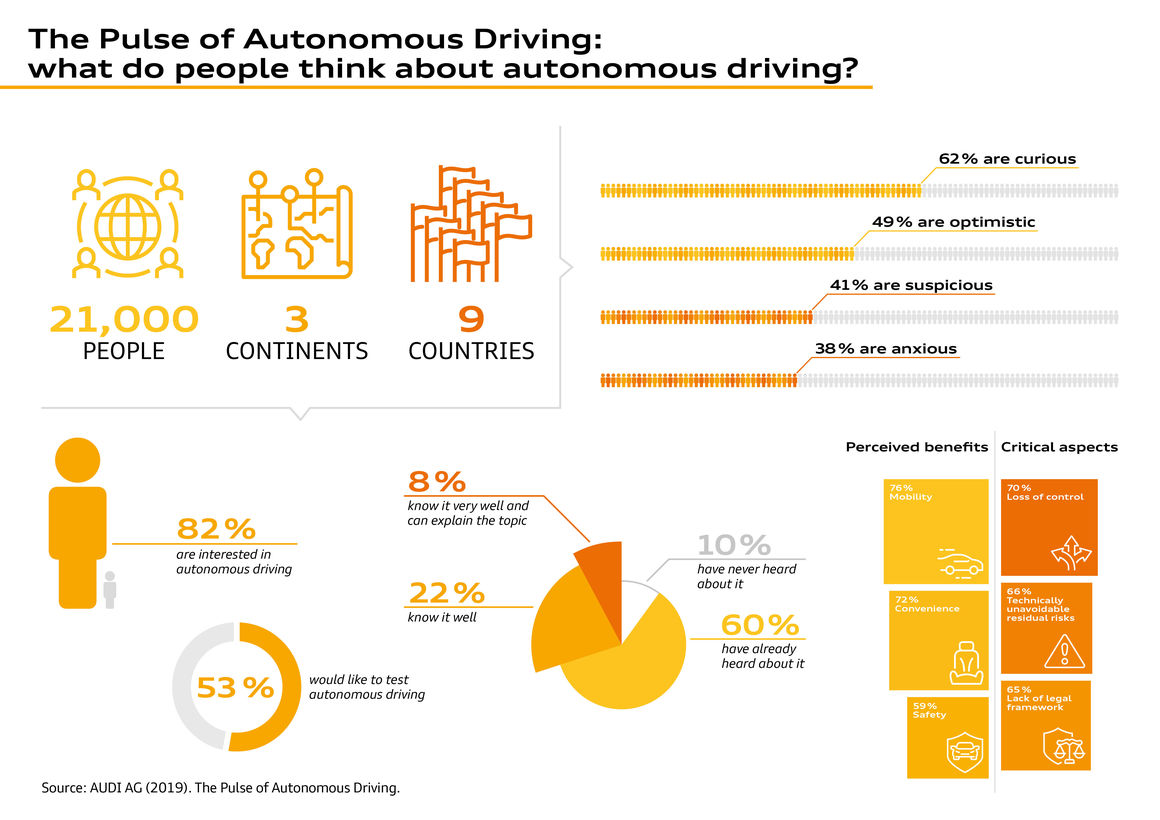 In the context of the initiative “&Audi”, Audi in cooperation with the market research institute Ipsos interviewed 21,000 people in nine countries regarding their attitude towards autonomous driving . The emotional landscape on autonomous driving produces a mixed picture. On the one hand, internationally there is strong interest in (82 percent) and curiosity about (62 percent) autonomous driving. In the new technology, respondents see potential for the individual and society – from easier access to mobility (76 percent) and greater convenience (72 percent) to more safety (59 percent). More than half of respondents would like to test autonomous driving. On the other hand, clear concerns also exist, above all the fear of loss of control (70 percent) and unavoidable residual risks (66 percent). 41 percent of respondents are suspicious of the technology, and about one third (38 percent) are anxious. The greatest willingness to hand over control relates to autonomous parking and traffic jams on highways. The level of knowledge about autonomous driving appears to be low: only eight percent state that they can explain the subject.