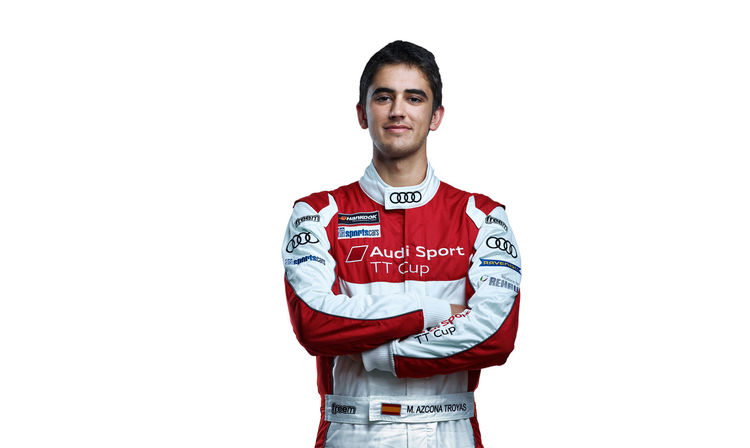 The Spaniard Mikel Azcona contests the Audi Sport TT Cup for the first time, but his technical understanding of his race car is thorough and based on years of experience. As a trained mechanic, he is very much interested in the functions of his car. In the past two years he has also accumulated a comprehensive racing experience in the Seat Leon Eurocup, which he completed as the runner up in 2016. The technical relationship between his former and his current racing car from the Volkswagen Group should help him this season. Three years ago, the native Basque finished what was arguably the longest circuit race of our time on the podium. At the Maxi Endurance 32-hour race in Portimão, he won third place in his class with five other teammates in a car from the Volkswagen Group. At the training camp in Oberstdorf before the start of the season, the 20-year-old racing driver demonstrated his strong fitness.