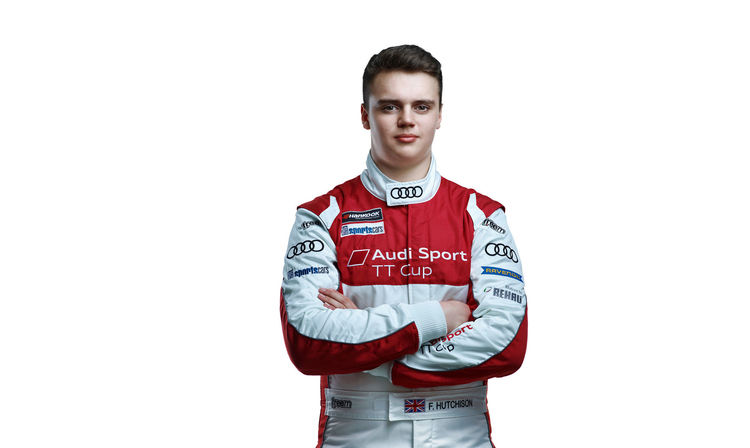 In 2017, Finlay Hutchison is contesting his first season in a touring car. The calm Scotsman from Dundee has so far followed a classic racing promotion path in karting and single-seater cars, but now he has set himself the target of a career in sports cars. “The Audi Sport TT Cup is an ideal basis with which to recommend yourself for a sports car seat,” says the 17-year-old, for whom an appearance at Le Mans would be a dream come true. His first season in a closed-roof race car started with a win. At the 2017 Dubai 24 Hours, he shared a cockpit with three teammates from Cadspeed Racing with Atech and celebrated the new Audi RS 3 LMS’s first endurance race victory.