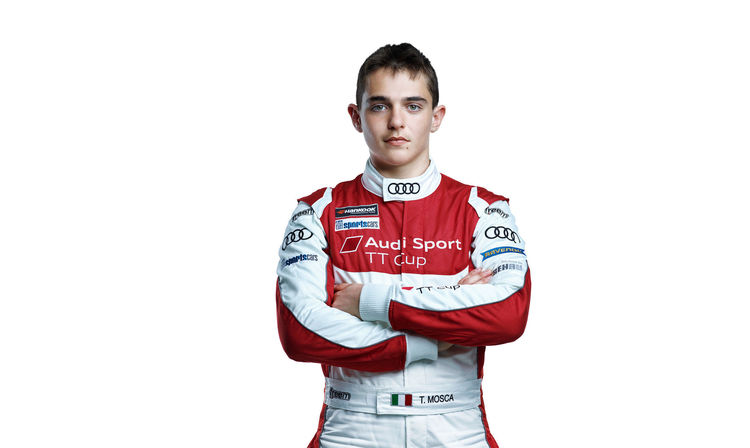 Tommaso Mosca contests his first car races in 2017. The Italian from Brescia – the starting point of the legendary Mille Miglia road race – has made a name for himself in karting. He drove in his Italian homeland as well as at the European level and in the World Championship. “The Audi Sport TT Cup is the best entry into the world of motor racing,” says the 17-year-old junior driver, who has set his career goals in a GT or LMP racing car. If he was not interested in cars, Tommaso Mosca would have probably become a rugby player. Among his friends is Antonio Giovinazzi, who represented Italy this year in Grand Prix racing.