Fast in qualifying, unfortunate in the races – this is how Jamie Green’s 2014 DTM season could be put in a nutshell. For 2015, the Briton has a big aim: the first victory for Audi.

“My speed was right in 2014,” he says. “But in the races, there was always something cropping up so that I was on podium only twice. I know that I can do better and hope that I’ll be able to convert my speed into consistently good results this year.”

This is Jamie Green’s third season with Audi and his second one in Audi Sport Team Rosberg. “On the first test day, I immediately felt that this was an advantage. I know the car, the team, the environment and the technical crew. This makes everything a lot more efficient. I don’t have to start from scratch again like in the previous two years.”

Physically, Green is superbly prepared as well. “I trained a lot in winter and lost almost four kilograms,” says the Audi driver who lives on the Côte d'Azur with his wife, Ginny, and their two sons, Zachary and William. “That should make a difference too.”

’53,’ the number on his Hoffmann Group Audi RS 5 DTM, is to bring him luck. “I’ve always wanted this number because it’s the one my father used to drive with,” says Green who in Monaco, his place of residence, primarily keeps fit by riding his road bike – often together with fellow race drivers like David Coulthard.

While he never considered taking up a career as a bicycle racer, becoming a professional soccer player might have been a choice. “That would have been an alternative,” says the avid supporter of Liverpool FC. “But, actually, there’s never been anything for me besides motorsport ever since I was ten.” Initial outings in a ‘Mini’ in stock car races were followed by a classic career in karting and single-seater racing. His title win in the Formula 3 Euro Series in 2004 ultimately became his springboard into the DTM in which he made a name for himself by scoring four victories at the Norisring, among other things. “The Norisring is not a track that is particularly enjoyable in terms of driving. But when it comes to thrilling racing and captivating overtaking maneuvers, the Norisring is the best race track of all.”

2015 marks his eleventh season in the internationally popular touring car series that still makes his heart beat faster. “The DTM is safe and demanding. The cars are fast and have a great sound,” says Green, who is not a man of many words but prefers to let results speak for themselves. “Plus, driving two races each weekend this year is fantastic for us drivers and fantastic for the fans.”

Thanks to his residence in Monaco and his German employer he now has a good command of German, Italian and French. “I’d like to continue to improve all three of these languages,” he says as he climbs into his Audi RS 6, the favorite car of most of the Audi factory drivers. Green, however, could imagine driving an Audi S1 as well – the compact Audi would no doubt be ideal for the narrow streets in Monte Carlo. 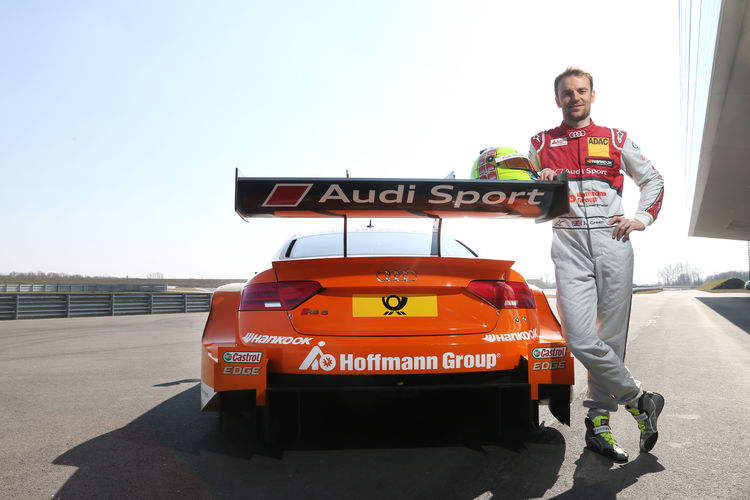