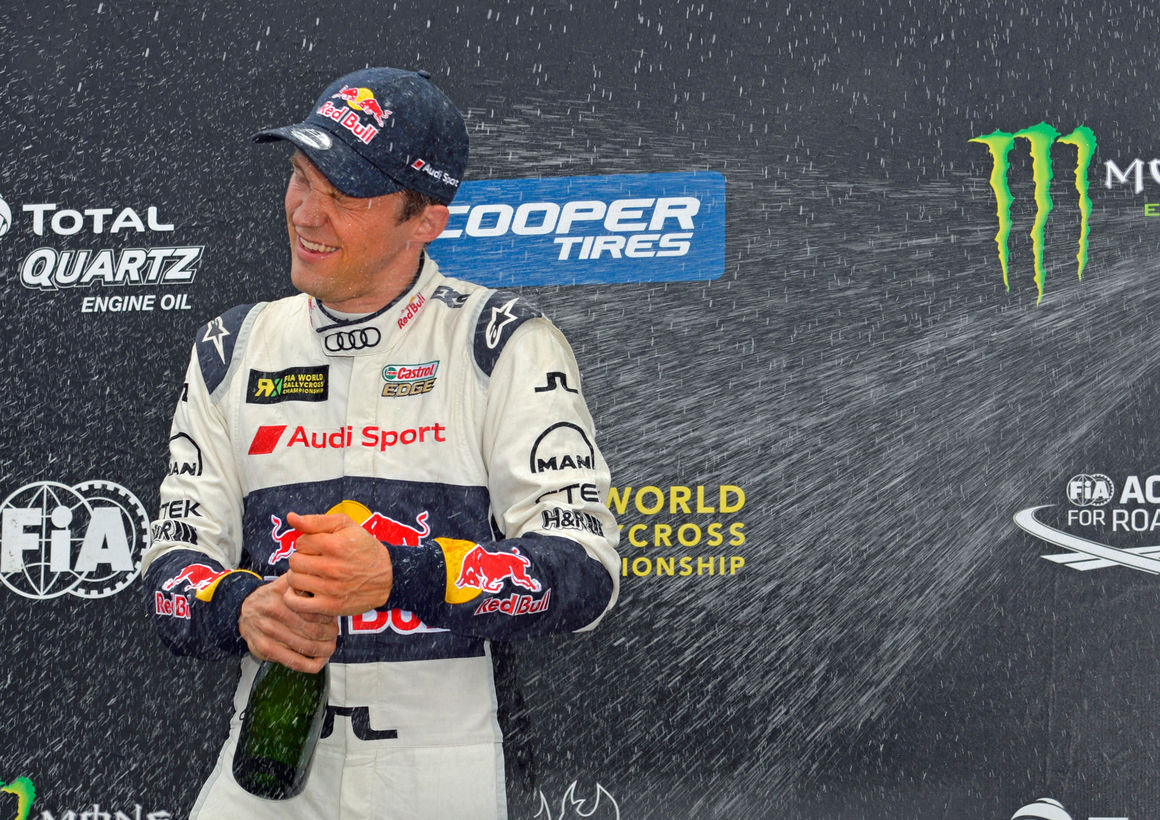 Mattias Ekström has won the next trophy in the FIA World Rallycross Championship. At the tenth round of the season in Riga, the Swede finished second and was only beaten by his compatriot Johan Kristoffersson. The Volkswagen driver was crowned 2017 FIA World Rallycross Champion in Latvia with two rounds to spare and therefore succeeds Ekström, who is currently third overall. Kristofferson’s PSRX Volkswagen Sweden squad also secured the teams’ championship two races before the end of the season – EKS is third in this classification.