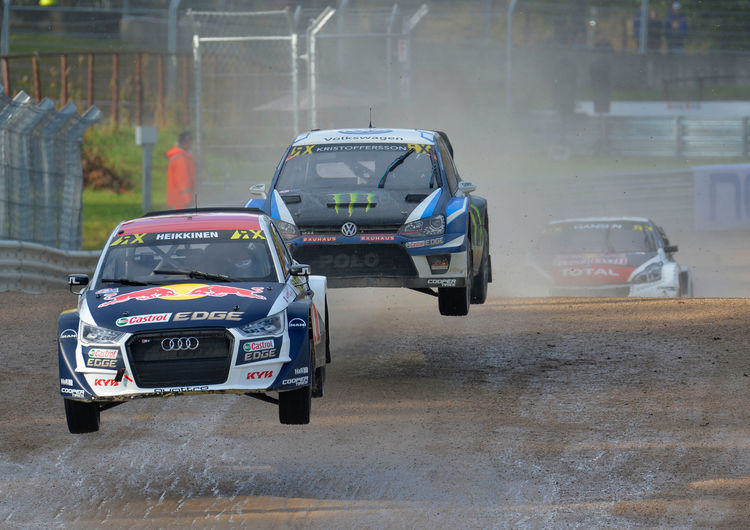 Audi and EKS have made a dream start to the FIA World Rallycross Championship in Riga. Toomas Heikkinen heads the rankings after day one. After two of four qualifying races, the Finn has 89 points in the overall standings and one point more than Swede Johan Kristoffersson as a result. Andreas Bakkerud from Norway (82 points) follows in third place. Equal on points with Bakkerud is Mattias Ekström in the second Audi S1 EKS RX quattro in fourth place. On the challenging track in the Latvian capital, the drivers had to deal with changeable conditions yet again. After sunshine and a dry track in qualifying 1, the heavens opened before second qualifying and the drivers had to fight through plenty of standing water. Heikkinen coped the best. He won both of his races and thus tops the standings for the second time this year. The 26-year old previously achieved this at the season opener in Barcelona. The other EKS drivers Reinis Nitišs and Nico Müller are also very much in the fight for semi-final berths for the twelve best drivers. Local matador Nitišs is seventh, Audi DTM driver Müller eleventh. The action continues on Sunday at 8:30 (CEST) with qualifying 3.