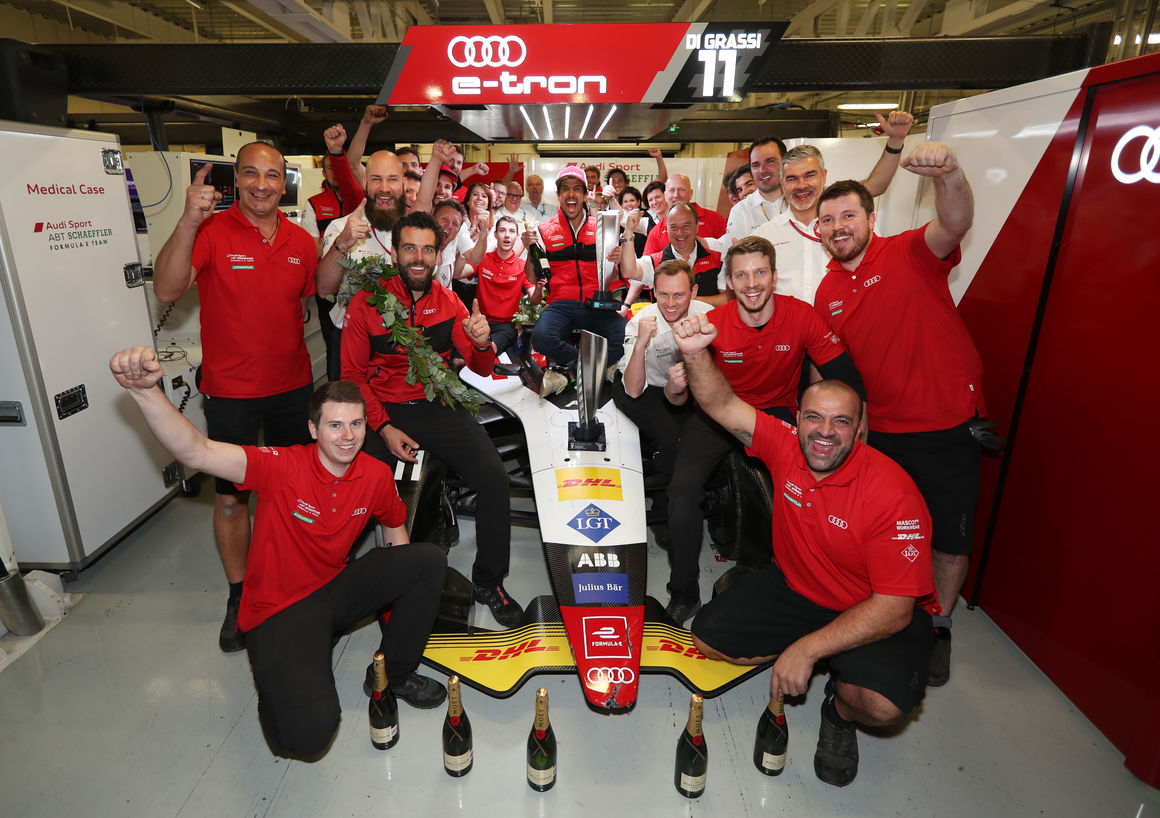 Hat-trick for Audi: For the third time in a row, the Audi Sport ABT Schaeffler team has won the E-Prix in Mexico City. In front of packed grandstands at the Autódromo Hermanos Rodríguez circuit, Audi driver Lucas di Grassi notched up his ninth Formula E victory with a spectacular photo finish after a breathtaking maneuver in the last second.