{{ activeItem() }}
Twitter
05/08/21
Good morning and welcome to RACE DAY in Monaco. &gt;&gt; https://t.co/ktQ0jleme7 #FutureIsAnAttitude #ABBFormulaE… https://t.co/YOxAsi5Pxm
05/08/21
Yasser Shahin and @GarthTander won their class with the #777 Audi R8 LMS in the opening @GTWorldChAUS race at… https://t.co/j9kjuX1rAK
05/07/21
Tomorrow: RACE DAY. &gt;&gt; https://t.co/ktQ0jleme7 #FutureIsAnAttitude #ABBFormulaE #FormulaE #MonacoEPrix #etron… https://t.co/NEQMG4yCbG
05/07/21
“It’s much better the full Grand Prix circuit for the Gen 2 car. Formula E is really suited to this type of track.”… https://t.co/tIrXAZgncj
Audi Sport on Twitter
{{ activeItem() }}
Facebook
05/07/21
Straight from home to the track: Lucas Di Grassi in Monaco with the Audi RS e-tron GT*. The ABB Formula E Monaco E-Prix begins at 16:04 CEST on Saturday, May 8. >> audi.com/FormulaE #Audi #etronGT #FutureIsAnAttitude #MonacoEPrix -------------------- *Power consumption combined: 20.2-19.3 kWh/100km (NEDC); 22.5-20.6 kWh/100km (WLTP); CO2 emissions combined: 0 g/km. Information on fuel/electricity consumption and CO2 emissions in ranges depending on the equipment and accessories of the car. Further information: www.audi.com/dat.
05/06/21
Traveling through time with our history at the ADAC TOTAL 24h-Rennen Nürburgring: Join us on looking back at each of our five overall victories, starting the journey with our maiden victory in 2012. Audi Sport driver Frank Stippler recalls the race when he and his teammates won the 24-hour classic at the Nürburgring Nordschleife. #PerformanceIsAnAttitude #24hNBR
05/05/21
Monaco has hosted the ABB Formula E three times so far. Our highlights include two runner-up finishes for Lucas Di Grassi in 2015 and 2017. The 2021 Monaco E-Prix will take place on Saturday, May 8. >> audi.com/FormulaE #FutureIsAnAttitude #MonacoEPrix
05/03/21
Two podiums and the championship lead for Audi Sport Italia at Autodromo Nazionale Monza highlighted the past race weekend for our customers worldwide. Well done to all! 🇮🇹 🇦🇺 🇺🇸 >> audi.com/GT3 >> audi.com/TCR #PerformanceIsAnAttitude
Audi Sport on Facebook 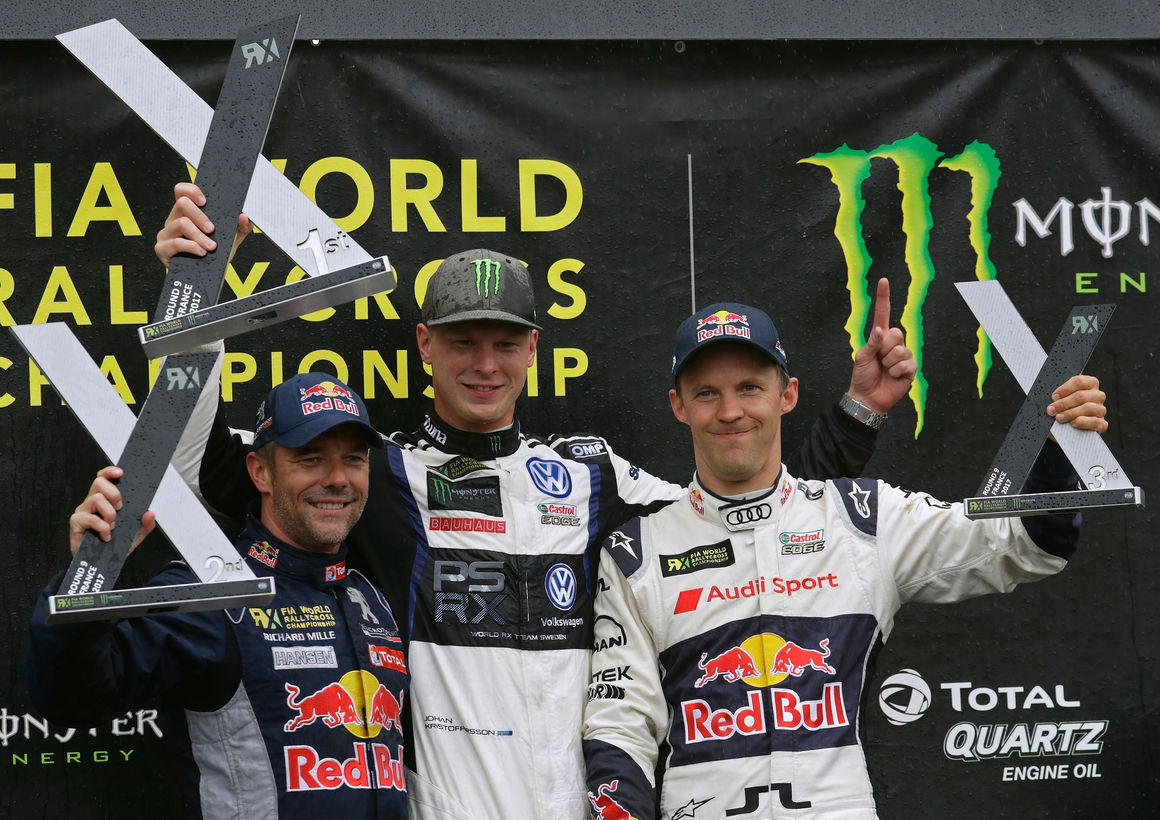 Mattias Ekström is back on the road to success in the FIA World Rallycross Championship. At the ninth round in Lohéac, the reigning World Champion finished third – the first podium result since his victory in Hockenheim last May. In front of 75,000 spectators, the Swede was only beaten in the final by his countryman Johan Kristoffersson and the French local matador Sébastien Loeb. In the overall standings, Ekström is third behind Kristoffersson and his team mate Petter Solberg – also like EKS in the team classification.