Audi and EKS at the front in rallycross highlight

{{ activeItem() }}
Twitter
05/07/21
Straight from home to the track: @LucasdiGrassi in Monaco with the Audi RS e-tron GT*. &gt;&gt; https://t.co/ktQ0jleme7… https://t.co/PPNO6Za4sf
05/07/21
“Formula E has evolved and naturally moves on to the full Monaco circuit. It will be great to see the cars going up… https://t.co/7Nyx8nBcJD
05/07/21
Friday in Monaco. &gt;&gt; https://t.co/ktQ0jleme7 #FutureIsAnAttitude #ABBFormulaE #FormulaE #MonacoEPrix #etron… https://t.co/vPioHNAND0
05/07/21
Good morning from Monaco. 🇲🇨 Preparation continues for the 2021 @FIAFormulaE Monaco E-Prix. No shakedown session to… https://t.co/8JCtH94nES
Audi Sport on Twitter
{{ activeItem() }}
Facebook
05/07/21
Straight from home to the track: Lucas Di Grassi in Monaco with the Audi RS e-tron GT*. The ABB Formula E Monaco E-Prix begins at 16:04 CEST on Saturday, May 8. >> audi.com/FormulaE #Audi #etronGT #FutureIsAnAttitude #MonacoEPrix -------------------- *Power consumption combined: 20.2-19.3 kWh/100km (NEDC); 22.5-20.6 kWh/100km (WLTP); CO2 emissions combined: 0 g/km. Information on fuel/electricity consumption and CO2 emissions in ranges depending on the equipment and accessories of the car. Further information: www.audi.com/dat.
05/06/21
Traveling through time with our history at the ADAC TOTAL 24h-Rennen Nürburgring: Join us on looking back at each of our five overall victories, starting the journey with our maiden victory in 2012. Audi Sport driver Frank Stippler recalls the race when he and his teammates won the 24-hour classic at the Nürburgring Nordschleife. #PerformanceIsAnAttitude #24hNBR
05/05/21
Monaco has hosted the ABB Formula E three times so far. Our highlights include two runner-up finishes for Lucas Di Grassi in 2015 and 2017. The 2021 Monaco E-Prix will take place on Saturday, May 8. >> audi.com/FormulaE #FutureIsAnAttitude #MonacoEPrix
05/03/21
Two podiums and the championship lead for Audi Sport Italia at Autodromo Nazionale Monza highlighted the past race weekend for our customers worldwide. Well done to all! 🇮🇹 🇦🇺 🇺🇸 >> audi.com/GT3 >> audi.com/TCR #PerformanceIsAnAttitude
Audi Sport on Facebook 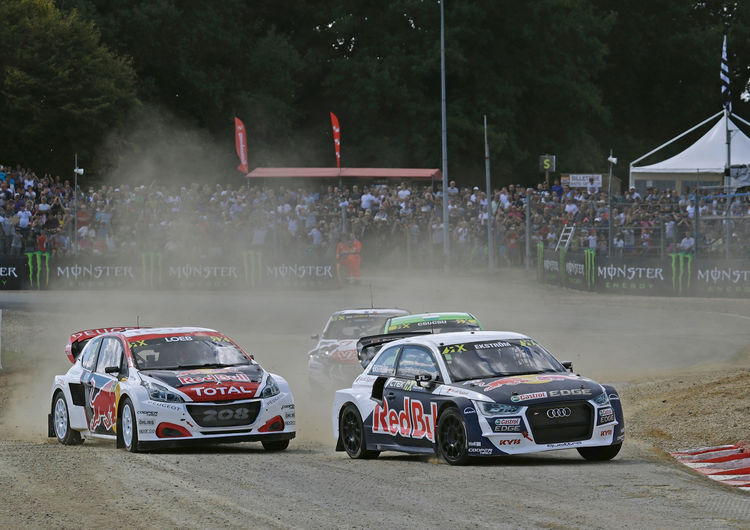 The ninth round of the FIA World Rallycross Championship season is held this weekend in Lohéac. With 70,000 spectators looking on, Audi and EKS produced a creditable performance on the first day in Brittany. Rallycross World Champion Mattias Ekström holds fourth place in the overall standings after two of four qualifying races. “Lohéac is absolutely unique,” says Ekström, “Nowhere else do we have so many spectators and the first two races went without problems. Now we’ll tweak the set-up for a bit more pace and than we’ll attack at the maximum again on Sunday.” Reinis Nitišs and Toomas Heikkinen in eleventh and twelfth places are also hoping to make the semi-final for the twelve fastest drivers. Audi DTM driver Nico Müller made an impressive debut. In the fourth Audi S1 EKS RX quattro, the Swiss posted fast lap times immediately on his rallycross debut and finished third in second free practice ahead of established forces like World Champion Ekström. However, a collision in first qualifying dropped Müller far back. He answered this with victory in his second race and now will do everything possible to move up from his current 17th position overall into the top 12 in the remaining two races.