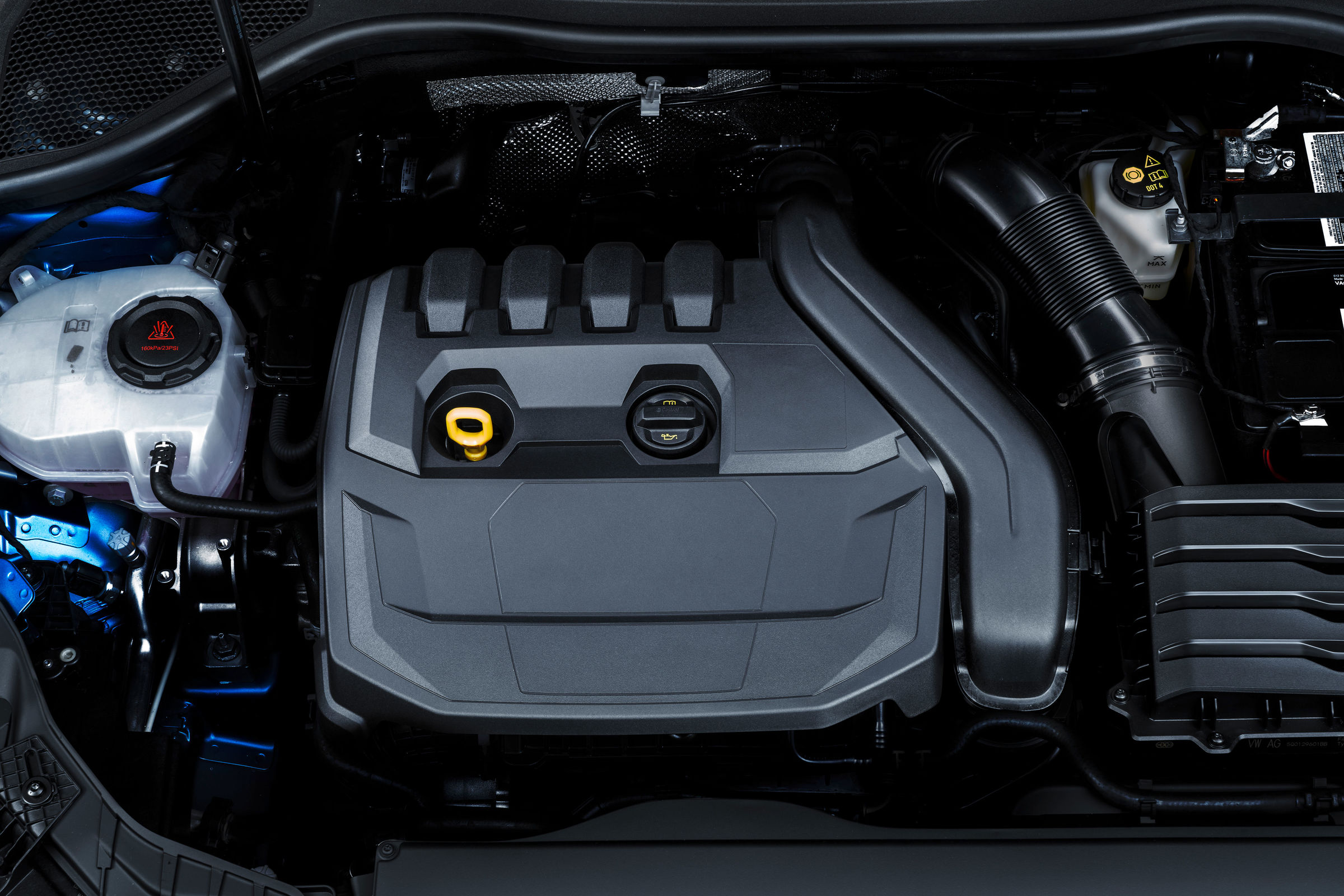 In Europe, the new A3 will launch with five engine/transmission variants: a 1.0 TFSI power unit, two 1.5 TFSI, each in different versions. The large gasoline engine is also available as version that is coupled with a 48-volt mild hybrid system. And the electrification continues: A plug-in hybrid model in two power levels will follow in the course of the year. Further TDI and TFSI engine versions will also be added to the portfolio, including ones with quattro drive and a model with CNG drive (compressed natural gas). Regardless of the technical design, all engines provide fantastic pulling power, sophisticated running characteristics, and high efficiency.

The entry-level engine is the 1.0 TFSI, a turbo three-cylinder with a six-speed manual transmission . The engine produces 81 kW (110 hp) and delivers the maximum torque of 200 Nm (147.5 lb-ft) between 2,000 and 3,000 rpm. The compact three-cylinder engine weighs just 88 kilograms (194.0 lb) and its crank assembly is so finely balanced that it runs in a quiet and smooth manner even without a balance shaft. The exhaust manifold is an important element of thermal management and is integrated in the cylinder head.

Just like the crankcase, it has its own cooling circuit. The modified Miller combustion process is a further efficiency technology. It offers advantages in the partial-load range in particular, i.e. the range in which the engine operates most frequently.

The four-cylinder gasoline engine develops 110 kW (150 hp) and delivers 250 Nm (184.4 lb-ft) of torque between 1,500 and 3,500 rpm. The highlight with the 1.5 TFSI is the cylinder on demand (COD) system. At low and medium loads, it temporarily deactivates the second and third cylinders. The engine is very light thanks to its aluminum crankcase. The cylinder linings have an iron coating that reduces friction significantly. The cooling module allows efficient thermal management, assisted by the exhaust manifold integrated in the cylinder head.

The 1.5 TFSI with a mild hybrid system has the same output as its sister engine . Even the driving performance is identical – although this one operates even more efficiently.

The mild hybrid system for the 1.5 TFSI is built up as follows: A belt alternator starter (BAS) is installed on the combustion engine. It feeds a 48-volt electrical system that integrates a compact lithium-ion battery under the front passenger seat. A voltage converter connects the conventional 12-volt electrical system. In customer operation, the MHEV system achieves a fuel-consumption advantage of up to 0.4 liters (0.1 US gal) per 100 kilometers (62.1 mi). When the driver takes his foot off the accelerator or applies the brake slightly, the BAS can electrically recuperate up to 12 kW of power and feed it to the battery. When driving off and accelerating from a low rotational speed, it assists the TFSI with up to 9 kW and an additional 50 Nm (36.9 lb-ft) of torque. In certain driving situations, it shifts the loads such that the engine operates more efficiently in an area of the characteristic map with greater efficiency. It also ensures that the 48-volt battery is charged. This stores enough power to enable the car to coast with the engine switched off in many situations. The BAS then quickly and conveniently restarts the TFSI, like at the end of the start/stop phase, which already starts at a residual speed of 22 km/h (13.7 mph).

In the top version of the 2.0 TDI, 110 kW (150 hp)  and the A3 30 TDI, this is done by a completely new six-speed manual transmission. It covers the torque range from 200 to 340 Nm (147.5–250.8 lb-ft) and works very efficiently, saving up to 5 grams of CO2 per 100 kilometers (62.1 mi) compared with the predecessor transmission. The first gear usually has a very short ratio in order to enable a powerful start-off, whereas the highest gear has a very long ratio for the purpose of lowering the rotational speed and consumption.

The MHEV engine variant and the A3 35 TDI are equipped with a seven-speed S tronic in different versions, which the driver can control via paddles on the steering wheel. Its gear ratio is also relatively short in the lower gears and long in the higher gears. In interaction with the optional dynamic handling system Audi drive select, the quick-shifting dual-clutch transmission offers a freewheeling function that is activated in many situations when the driver takes his foot off the accelerator.