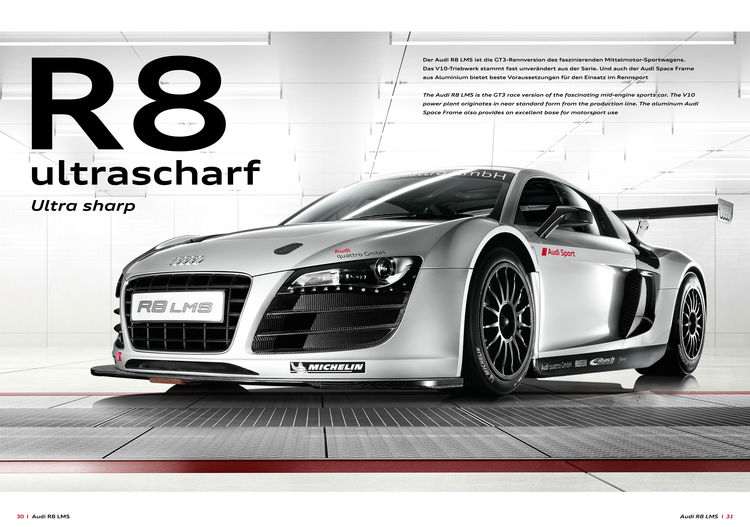 The Audi R8 LMS has clinched more than 100 race wins and numerous championship titles during its first three years in competition and won many fans. The official book covering the AUDI AG customer racing program is now published in time for Christmas: “Audi Sport customer racing 2009, 2010, 2011.”

More than 700 photographs reveal the increasingly colorful world of Audi customer racing – including an overview of every design adorning an Audi R8 LMS in its first three years of competition. The most important racing series’ and races, in which the Audi R8 LMS joined the grid, are illuminated year by year. The Audi TT RS is also described in detail. A comprehensive statistic chapter including all the results from 2009, 2010 and 2011 completes the volume created in close cooperation with quattro GmbH.

“Audi Sport customer racing” is planned to be published as an annual at the end of each season, designed to become an essential collector’s item for fans of both the Audi R8 LMS and Audi customer racing fans. It continues the series of successful Audi motorsport books. The German version of the book “30 years of Audi Sport” published in 2010 is already sold out.

“Audi Sport customer racing 2009, 2010, 2011” is published in bilingual format (German/English) by the Hamburg Speedpool Verlag and is now available to purchase for 29.90 Euro at specialist bookshops or online at www.racing1.de. It is also available as an eBook through various online platforms. A special iPad version will be released in January 2012.