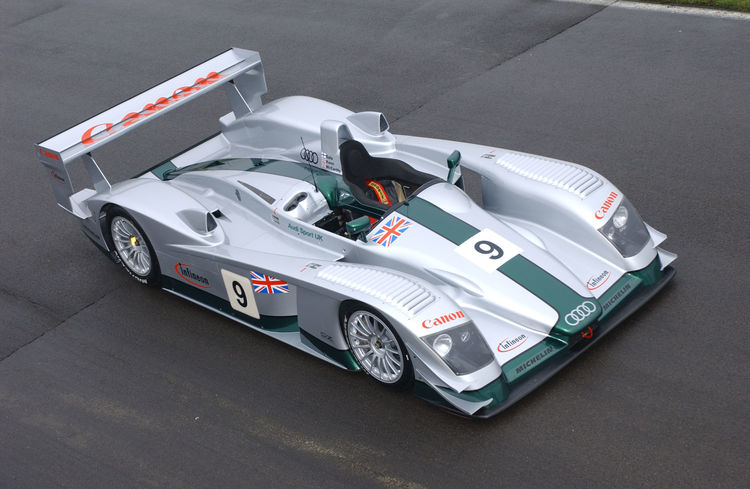 The Audi R8, which has dominated the international sportscar scene for years, is developing into a true classic. Customer and importer teams will again benefit from the superior technology of the Audi R8 and its powerful FSI engine with 550 hp during the 2004 season. The Audi customer teams Champion, Goh and Veloqx plan campaigns in the American Le Mans Series (ALMS), at the 24 Hours of Le Mans and in the new European Le Mans Endurance Series (LMES) with support from the Audi importers in North America, Japan and Great Britain.

“Even if our 2004 works commitment is concentrated in the DTM, the sportscar involvement remains an important field of competition for Audi,” says Head of Audi Sport Dr Wolfgang Ullrich. “Our importer and customer teams can compete at the highest level with the Audi R8 and have, as a result, the best possible chances of victory. In the meantime, we realise how high the standards are that we set with the R8 for the competition.”

Audi Sport does not only support the involvement of the customer teams and importers on a technical level. They also make available their successful works drivers, first and foremost Le Mans winner Rinaldo Capello and the defending ALMS Champion Marco Werner. “Both expressed the wish to continue with sportscar racing,” explains Dr Ullrich. “On top of that, with Pierre Kaffer a young German driver will get the chance from Audi to establish himself in the sportscar scene.”

This new championship revives the classic 1000 kilometre races at Monza (Italy), Spa (Belgium), and Silverstone (Great Britain) and at the Nürburgring (Germany). “We are delighted that the ACO and Stèphane Ratel have succeeded in reviving the great endurance races that once flourished in Europe, and will do everything within our power to support this new series,” says Head of Audi Sport Dr Wolfgang Ullrich. “It is very important that, with the LMES, there is now a stage, in addition to Le Mans and the American Le Mans Series, allowing sport prototypes to perform in the important European markets.”