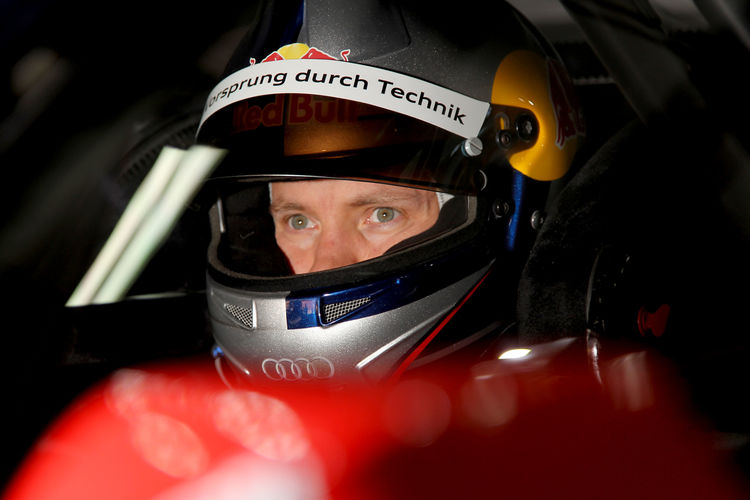 The Audi A5 DTM is on the pole position on its debut. Quotes from the Audi camp after qualifying at Hockenheim.

Dr. Wolfgang Ullrich (Head of Audi Motorsport): “A brilliant start into the new DTM season with three premium manufacturers and new regulations. All who were working on making this series reality have done a very good job. That we are in front is wonderful and the best way of saying ‘thank you’ to the whole Audi squad. Pole is certainly not a disadvantage but it’ll be a tough race.”

Mattias Ekström (Red Bull Audi A5 DTM), grid position 1
“A fantastic qualifying session. Being on pole in the new DTM was the best that could happen to us. We hadn’t been expecting summer weather at the season opener. It was warm today and that suited us well. We worked hard and did our homework – that paid off today. The season is just beginning. But it’s great to start this way.”

Edoardo Mortara (Playboy Audi A5 DTM), grid position 4
“Position four is a very good starting base for me. I could have even managed the leap into the top two but I made a small mistake in turn one that cost me some time. But I’m pleased nonetheless. Starting into the first race of the year from the second row is a good sign for the season, which is still very long.”

Mike Rockenfeller (Schaeffler Audi A5 DTM), grid position 5
“Fifth place isn’t a bad result. Obviously, you want more. But it wasn’t quite enough. I didn’t have the perfect lap. A big ‘thank you’ goes to my team. It’s important to score as many points as possible in the first race. Let’s see what’ll be possible with a good strategy and a good pace in the race.”

Timo Scheider (AUTO TEST Audi A5 DTM), grid position 8
“Now we know how performance is split among the three manufacturers. We’ve been waiting for this moment for a long time. I’m not happy with position eight because we didn’t get a perfect handle on our car and my last lap wasn’t perfect either. On Sunday we’ll have to drive a hard race.”

Adrien Tambay (Audi ultra A5 DTM), grid position 12
“It could have been better but it could have been worse just the same. I’d been wishing to make it into Q3 but the time differences were extremely small. I outperformed a few other rookies as well as a few experienced DTM racers. Twelfth place really isn’t a bad position for my first DTM race. My main goal for the race is to finish.”

Filipe Albuquerque (TV Movie Audi A5 DTM), grid position 14
“Qualifying was a bit frustrating. I was not good and not quick enough. After the result in free practice I’m disappointed not to have made it into Q3. I’ve got to analyze this with my engineers now in order to better understand the tires.”

Miguel Molina (Red Bull Audi A5 DTM), grid position 17
“I didn’t have a good qualifying session. I didn’t manage a good lap. In this championship the times are extremely close together. Now we’re preparing for the race. I don’t have a good starting base but I’ll be fighting.”

Rahel Frey (E-POSTBRIEF Audi A5 DTM), grid position 22
“We had high aims for the first qualifying event. The winter tests were positive. But since Friday I’ve been struggling. I’ve still got some problems adjusting to the car and haven’t found the right set-up yet. Now I’m on grid position 22 but I’ll be giving everything in the race.”

Hans-Jürgen Abt (Team Director Audi Sport Team Abt Sportsline): “We were just dying for the season opener to come and tried to perfectly develop ourselves. But that the pole position immediately worked out was simply great. ‘Well done’ to the whole team!”

Ernst Moser (Team Director Audi Sport Team Phoenix): “That was a tremendous season opener for the DTM and obviously for Audi. I congratulate the whole Audi Sport squad and all three teams that are making a very balanced showing. With ‘Rocky’ everything was possible today, including pole. Unfortunately, he didn’t handle the middle sector in Q3 in the best way. When the field is as close as it is in the DTM you’ve got to get everything one hundred percent right. Miguel (Molina) made a mistake on his second outing in Q1 and wasn’t able to improve anymore as a result. We’ll try and put him into the top ten in tomorrow’s race with a good strategy.”

Arno Zensen (Team Director Audi Sport Team Rosberg): “Congratulations to Dr. Ullrich, Audi Sport and Mattias Ekström. The pole position after these weeks of preparation was sensational and well deserved. I look at our performance with mixed emotions. Both drivers were quick here. Edo Mortara was brilliant in qualifying; he finished in the top four but then almost lost the car in Q4. With Filipe (Albuquerque) qualifying was a disappointment; we need to analyze what went wrong in his case.”