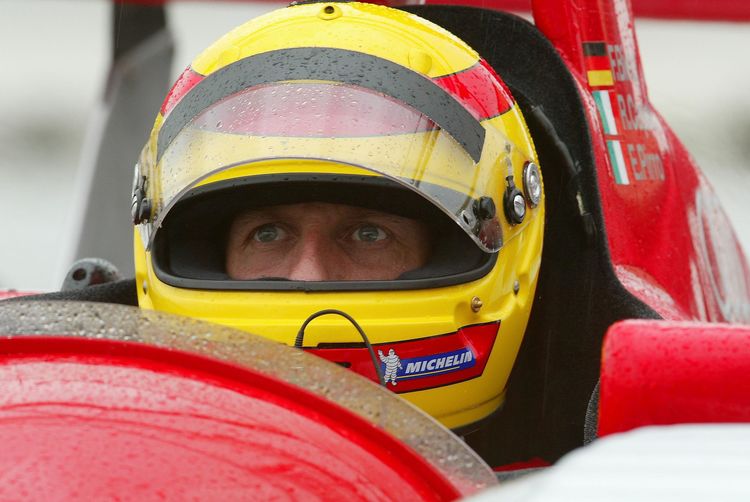 For the seventh time in a row, an Audi starts from pole position in the American Le Mans Series (ALMS). Three times Le Mans winner Frank Biela improved last year´s record in qualifying securing him and teammate Emanuele Pirro the best starting position for the third ALMS race of the season.

In hot summer weather with temperatures reaching about 30 degrees celsius (85 degrees Fahrenheit) in the shade Team Audi Sport North America´s two Infineon Audi R8 sportscars were setting the pace from the very beginning on the up-and-downhill track at Mid-Ohio, were Audi was unluckily defeated by Panoz last year. Despite that, only one Infineon Audi R8 sportscar will start from the front row of the grid on Sunday (start at 2 p.m. local time): Because of a gearbox problem, Rinaldo Capello was able to complete only one lap with the other “works” Audi, which was still good enough for the 5th position on the grid.

Behind the two Panoz, championship leader Johnny Herbert secured the fourth spot on the grid in the 2001-spec R8 of Audi customer team Champion.

Frank Biela (Audi R8 #1): “Naturally, I am happy with the qualifying result. We had a very good car here from the beginning. My first fast lap was clear and good. But I went out another time afterwards, because I was not sure if the others could improve. But this was not the case.”

Emanuele Pirro (Audi R8 #1): “After the first two races of the championship we need a little bit of luck. I am really happy because the car feels good and Frank did an excellent job in qualifying. Unfortunately we could not compare our time with the other car because of Dindo´s problems.”

Rinaldo Capello (Audi R8 #2): “On my first lap, the gearbox did not work properly, it selected wrong gears. On my quick lap, I suddenly lost the rear. After the spin I could not get it into first gear.”

Tom Kristensen (Audi R8 #2): “Qualifying was very unfortunate for us. But Dindo´s out-lap was still good enough to put us in fifth position on the grid. It could have been worse. We were happy with the car in practice, so we will be there tomorrow – the position on the grid just makes our work harder, especially because overtaking is very difficult here.”

Johnny Herbert (ADT Champion Audi R8 #38): “We made the right changes after the free practice. We are battling understeer, but we are making improvements. I think we will have a good race car, but we will still have to make some changes for the warm-up.”

Stefan Johansson (ADT Champion Audi R8 #38): “We have a good spot in fourth despite we had hoped to be in between or in front of the Panoz cars. We have a lot of understeer at the moment. The team is trying, but we need a better balance for the race.”

Ralf Jüttner, Technical Director Team Audi Sport North America: “Frank´s time was really good, especially if you consider the high outside temperatures. Fortunately, Dindo was able to do at least one quite fast lap making him start not too far back from the grid. We tried everything, but in the short time during qualifying we were not able to fix the gearbox problem on his car.”

Dr Wolfgang Ullrich, Head of Audi Sport: “We are happy about the pole position, Frank did a great time. The problem with the gearbox, however, denied the other car a good position on the starting grid. Fifth is not so bad under the given circumstances, but no optimal position to start the race.”