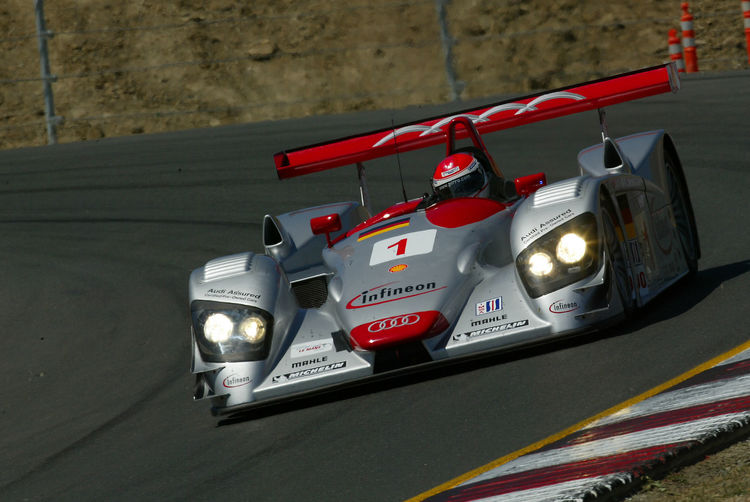 On Sunday 5 May, the Le Mans pre-practice serves as a Le Mans dress rehearsal for Audi Sport Team Joest. To date, only a few car manufacturers have managed to win the legendary Le Mans 24 Hour race three times in succession. After netting victories in 2000 and 2001, Audi has the chance to claim a hat-trick this year and prepares intensively for the season highlight on 15/16 June. After the 2002-spec Infineon Audi R8 won the opening race of this year´s motorsport season, the Sebring 12 Hour race, and successfully completed a 30 hour endurance test at Magny-Cours as well as high-speed tests on a company owned test track, now comes the dress rehearsal at Le Mans.

The pre-practice offers the only chance to test on the Le Mans circuit, most of which consists of public roads. This year, the pre-practice - run on Sunday from 0900 to 1300 hours and 1400 to 1800 hours - is extremely important. The track has been redesigned between the famous “Dunlop bridge“ and the “Esses” section and is now 275 metres longer. “This passage has a totally new character now, so it will therefore be difficult to make comparisons with last year´s data,“ explains Head of Audi Sport, Dr Wolfgang Ullrich. “At the pre-practice on Sunday we´ll concentrate on finding an optimal set-up for the changed circuit and to verify the potential of this year´s R8.“

Since the Sebring win in March, the Infineon Audi R8 - today´s most successful racing sportscar - was further refined. At the Le Mans pre-practice, a new development stage of the FSI engine will be run, providing more torque and an even wider usable rev-band. Through modifications to the rear section, the rear wing of the R8 now receives an even more efficient air-flow.

In order not to disrupt preparations for the season highlight - the Le Mans 24 Hour race - the three Infineon Audi R8 cars will remain in Europe after the pre-practice until the race in June. Thanks to the customer team, Champion Racing, two R8 cars will nevertheless contest the second round of the American Le Mans Series (ALMS) at Sears Point on 19 May. Tom Kristensen joins Johnny Herbert and Andy Wallace at the wheel of the ADT Champion R8. Audi Sport North America enters a 2000-spec R8 for Frank Biela, Rinaldo Capello and Emanuele Pirro, which Champion Racing has lent to the Audi “works” squad for this race.