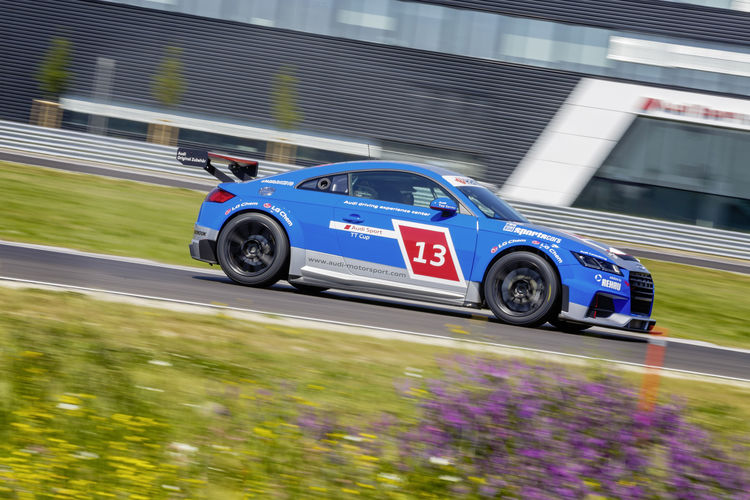 The second race weekend of the Audi Sport TT Cup will see members of nobility on the grid. Albert von Thurn und Taxis, Pierre Casiraghi and Marcus Graf von Oeynhausen-Sierstorpff will be competing in both races on the Norisring on June 27 and 28 as guest drivers, contesting their very own challenge.

For the organizational team of quattro GmbH the duel between the blue-blooded racers in Audi’s home round at the Norisring is a special coup. “We started planning the event several months ago,” says Project Leader Rolf Michl. “Now we’re delighted that we’ve managed to have three noblemen on the grid as guest entrants, which adds further value to the Audi Sport TT Cup as part of the DTM race weekend.”

27-year-old Pierre Casiraghi is the youngest child of Caroline, Princess of Hanover and Stefano Casiraghi, and the nephew of Albert II, Prince of Monaco. In addition to starts in rally races, he contested the Scirocco R-Cup as a guest driver in 2014.

The field of guest entrants at the Norisring also includes Doreen Seidel (German Playmate of the year 2008). The 29-year-old started racing in 2011 and has participated in various Cup competitions ever since.

Suspense is guaranteed in the field of the 18 permanent entrants as well. Dennis Marschall is traveling to the Norisring as the leader of the drivers’ standings. The winner of race two in the season opener at the Hockenheimring has scored 43 points, which gives him a one-point advantage over the Dane Nicolaj Møller Madsen, who finished both races as the runner-up.

In a multi-stage selection process, the 18 permanent entrants for the inaugural year of the Audi one-make cup were selected from 165 racing fans from 30 nations. The registration period for the 2016 Audi Sport TT Cup has already begun: www.audi-motorsport.com