The Audi BigGame Commercial and sustainability | What’s up, Audi? #27

In this episode of #WhatsupAudi we will give you insight behind the minds of the Audi BigGame commercial and how it was working with Maisie Williams! Also, get ready for electrification and sustainability! Audi returns to the biggest night in American football with a musically-inspired, 60-second commercial called “Let It Go” featuring actor Maisie Williams. Williams takes the wheel of the all-new Audi e-tron Sportback to help kick off a global brand campaign about Audi’s long-term ambition to shape a new era of sustainable mobility. Created by global partner agency 72andSunny Amsterdam, the spot was directed by François Rousselet and marks the brand’s eleventh appearance at the game. The ad also aims to plant a firm stake in the ground about the brand's ambition to unleash the beauty of sustainable mobility. Globally, Audi plans to introduce around 30 electrified vehicles by 2025, and that is only the starting point of a reinvention that will touch many brand-relevant topics that go beyond the car itself. Audi’s big ambition: to become a CO2-neutral company on balance by 2050. Many of the projects that will work to achieve these goals, such as the production plant for the Audi e-tron in Brussels, that has been certified as CO2-neutral, are featured on audi.com/sustainability. One year after launching its own charging service, Audi is introducing a kWh-based price to the e-tron Charging Service that allows customers to charge their cars with quick-charge service provider IONITY. Here, e-tron customers benefit from heavily discounted rates with the transit rate at 31 cents per kilowatt hour used. Everyday usability is underlined by the fact that the number of countries and charging points connected has doubled since the market launch. With a contract, the premium charging service makes around 135,000 public charging points in 24 countries accessible. When driving abroad, customers can charge their cars according to the local purchasing conditions without any extra costs. In terms of air quality, New Delhi (India) is the back-marker among the world’s megacities. Audi Formula E driver and UN ambassador Lucas di Grassi traveled to New Delhi to get a firsthand impression of the local conditions, talked to people affected by them, and learned about projects seeking ways out of the growing threat. Now Formula E has published a near-half-hour documentary about the Brazilian’s mission. Welcome to the Audi YouTube channel, the home of “Vorsprung”. On this channel, you’ll find first-hand information on us as a company, innovations and coverage of exciting model releases. Be prepared for fascinating formats and the reporting of important events. Subscribe for thrilling insights, diverse opinions and new perspectives on the brand with Four Rings and become a member of a worldwide community of automotive aficionados. Imprint: https://www.audi-mediacenter.com/en/imprint-3697
02/05/20

The ice race of #zellamsee celebrated its second revival. #Audi race drivers like Daniel Abt and René Rast, various historical models and a ton of fun made the #gpicerace 2020 an unforgettable event for both drivers and fans.
YouTube 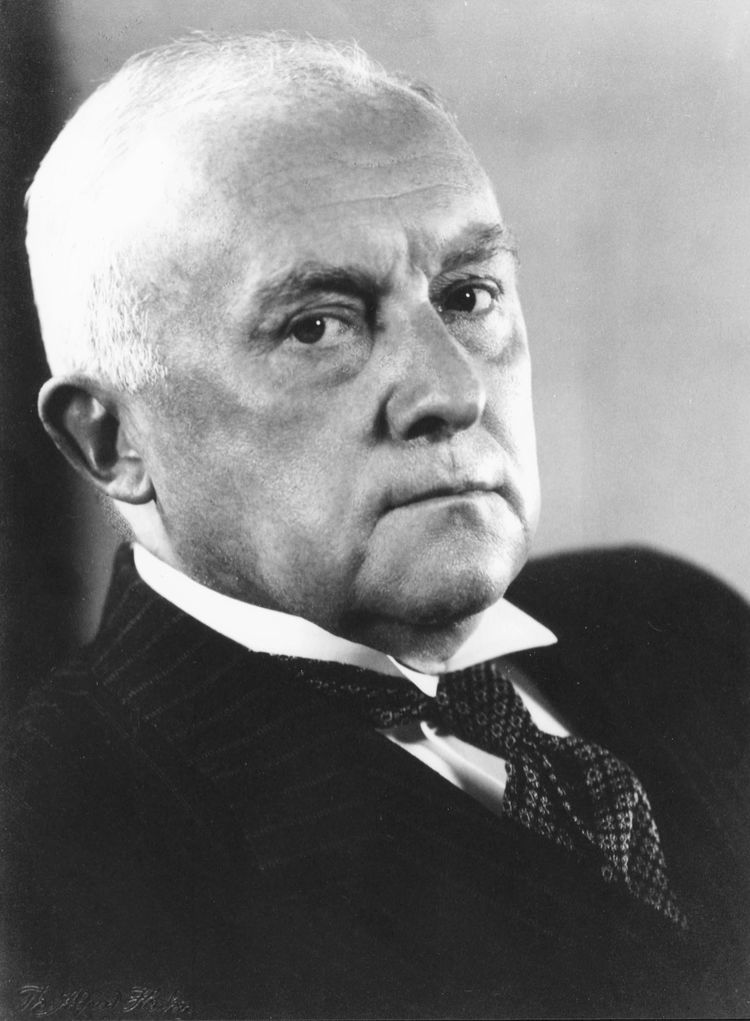 A legend of the automotive world is celebrating its centenary this year: DKW. The company from Zschopau in Saxony originally planned to build steam-driven vehicles, yet ultimately rose to fame courtesy of its two-stroke engine. DKW had already become the world’s largest motorcycle manufacturer in the late 1920s, and then in the 1930s was the first company to mass-produce vehicles with front-wheel drive. DKW produced the pre-war period’s answer to Volkswagen, the F-series small cars, in astonishing numbers. Audi Tradition is marking the anniversary of its predecessor brand by entering DKW classic cars in a whole host of events, including the Mille Miglia and the Gran Premio Nuvolari in Italy, the Concours d’Elegance in Bergerac, France, the Silvretta Classic and Ennstal Classic in Austria, and of course the “100 Years of Rasmussen” festival in the town of Zschopau on 26 August.

In 1907 the Dane Jørgen Skafte Rasmussen set up a small metal goods factory in Zschopau in the Ore Mountains. After initially manufacturing exhaust-steam oil separators, steam-engine equipment and other metal goods, he started to experiment with steam-driven cars in 1916. The project did not continue past the prototype phase. What did remain, however, was the brand name derived from this project: DKW, the abbreviation of the German word for steam-driven vehicle (Dampfkraftwagen). In 1919 Rasmussen built a two-stroke engine, which he marketed as a toy engine under the name “Des Knaben Wunsch” (literally: “The Boy’s Wish”). This mini-engine was enlarged and used as an auxiliary bicycle engine, and subsequently in 1922 was made into a genuine motorcycle engine known as “Das Kleine Wunder” (“The Small Miracle”). Under the auspices of Jørgen Skafte Rasmussen with Manager Carl Hahn and Chief Designer Hermann Weber, DKW developed into the world’s most important motorcycle manufacturer in the course of the 1920s – in 1928 the Zschopau plant was the largest motorcycle factory in the world. In that very year Rasmussen took over the Audi car factories in Zwickau, and two years later commissioned the Audi designers with the production of a small car with the following design features: a DKW two-cylinder two-stroke motorcycle engine with a displacement of 600 cc, a unitary wooden body with leatherette upholstery, front and rear swing axles and front-wheel drive. The DKW Front was thus born, becoming one of the best-selling and most popular German small cars of its time.

The DKW products were no less important for the economic development of the new company than Jørgen Skafte Rasmussen and his Zschopauer Motorenwerke enterprise had been in founding Auto Union AG. The DKW motorcycles and cars with their typical two-stroke engines served the low market segment (the price category between 345 and 3,400 Reichsmarks) and constituted the Auto Union high-volume model range. For example, up to 4,800 units of the DKW cars with front-wheel drive were built per month in the late 1930s. The DKW motorcycles were produced in such large quantities that in 1937 Auto Union once again became the world’s largest motorcycle manufacturer with its DKW plant in Zschopau, producing a total of 55,470 motorcycles. A further important area of production comprised the DKW stationary engines, which were available in an incredibly wide range of vehicles and could be used in a great variety of fields (e.g. agriculture, road construction, the fire brigade, the army and public authorities).

DKW products were acknowledged to be simple, practical, reliable, economical, durable and high-performance. In terms of its technology, the Zschopau-based company proved to be an innovative pioneer in the areas of two-stroke engines, front-wheel drive and body manufacturing (wooden and plastic bodies). This pioneering spirit was also the inspiration behind the innovative potential of Auto Union AG, which set up a Central Design Office and a Central Experimental Department in Chemnitz for all Auto Union brands from 1936.

A joint approach to vehicle production was cultivated at DKW to a greater extent than at any of the other Auto Union brands: the engines were manufactured at the main factory in Zschopau, the bodies were produced at the DKW body manufacturing plant in the Spandau district of Berlin; the four-cylinder models with rear-wheel drive were also built here. Assembly of the front-wheel-drive models took place at the Audi plant in Zwickau. This was a quite astonishing logistical achievement at the time.

The DKW brand, whose main competitor in the 1930s was Opel, offered Auto Union great potential, with which the company fully intended to counter the expected competition from the KdF-Wagen (Volkswagen) by launching a model (DKW F 9) which was every bit its equal. This would have made Auto Union the only car company in Germany to have had an immediate response ready to challenge this Volkswagen model.

After the war Auto Union GmbH, which was re-founded in West Germany, was able to re-establish a foothold in the automotive industry in Ingolstadt and Düsseldorf – and it was with the DKW brand that it did so. DKW vehicles were built in West Germany until 1965, following which the two-stroke era came to an end at Auto Union in Ingolstadt and the company turned its attention to four-stroke engines, thereby enabling the renaissance of another “old” brand – Audi.

The four rings of the Audi badge symbolise the brands Audi, DKW, Horch and Wanderer, which were later combined under the umbrella of Auto Union. Auto Union and NSU, which merged in 1969, made many significant contributions towards the development of the car. AUDI AG was formed from Audi NSU Auto Union AG in 1985. Together with the two traditional companies Auto Union GmbH and NSU GmbH, Audi Tradition nurtures and presents the deep and diverse history of Audi. The Audi museum mobile at the Audi Forum Ingolstadt is open daily from Monday to Sunday, from 9 a.m. to 6 p.m.