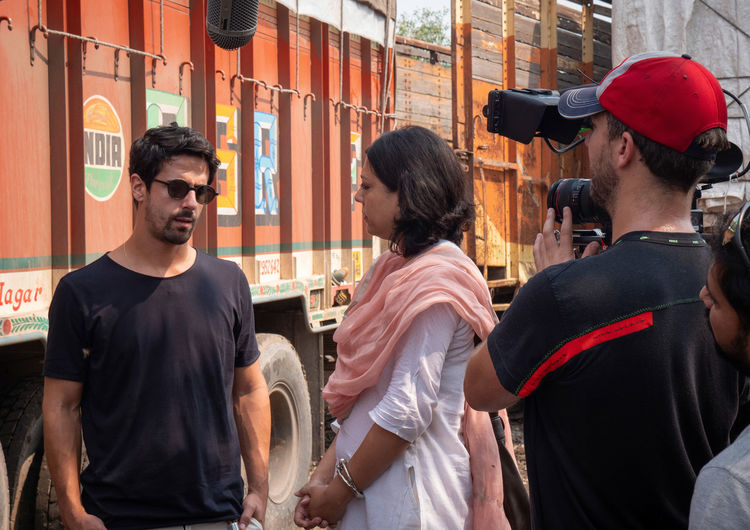 In terms of air quality, New Delhi (India) is the back-marker among the world’s megacities. Audi Formula E driver and UN ambassador Lucas di Grassi traveled to New Delhi to get a firsthand impression of the local conditions, talked to people affected by them, and learned about projects seeking ways out of the growing threat. Now Formula E has published a near-half-hour documentary about the Brazilian’s mission.

Lucas di Grassi is a founding member of Formula E, the most successful driver of the series in terms of points and podium finishes, has been a father for nearly a year and a half and is also an official UN ambassador for clean air since the spring of 2018. In this role, the Audi driver also represented Formula E at the international Climate Week in New York City, where he promoted electric mobility in a keynote speech.

Born in Brazil, di Grassi grew up with the threats of climate change. The Amazon rainforest fires, their causes and effects have been occupying the race driver just like the growing air pollution in his native São Paulo. That is why di Grassi recently left his adopted country Monaco with all of its amenities for a joint mission with the UN and Formula E to obtain a personal impression in New Delhi and, above all, to meet with people for whom air pollution and its consequences are part of everyday life.

“The trip was an eye-opener for me, because I saw first-hand how serious the immediate effects of air pollution on people can be,” says Lucas di Grassi. “I may have learned more during these few days than on all of my previous trips around the world. It’s our duty to do something.” For instance, the race driver met with people who, due to living in poverty, are most severely affected, but are also least able to change anything. “I understood that the challenges are much greater and above all more complex than we think. There’s not just a single cause. That’s why the fight for clean air and the economic development of a country have to go hand in hand,” says di Grassi, who in Delhi also learned about research projects that investigate the air pollution challenge and combat it with sometimes unusual methods.

The 26-minute documentary for which a camera team repeatedly visited Lucas di Grassi and his family for half a year and accompanied him to India can now be watched on the Formula E YouTube and Instagram channels. “These experiences would not have been possible without Formula E,” says di Grassi. The champion of the 2016/2017 season is aware of the fact that Formula E on its tour around the world also leaves behind an environmental footprint. “But for me, Formula E is the only series – in this case in collaboration with the United Nations – that focuses public attention on the problems of our times. This documentary video is a perfect example.”

Racing for a reason, in other words motorsport with sustainable motives – this guiding principle applies to Audi, Formula E and Lucas di Grassi alike. He says: “The electrification of mobility plays a key role in the battle against air pollution. That’s why we drive this development and marketing of these technologies together.”

Audi is committed to making its contribution to the achievement of the Paris Climate Goals and is pursuing its own ambitious vision of operating with a carbon-neutral footprint by 2050. The involvement in Formula E therefore perfectly fits the “Roadmap E” for the road: by 2025, the brand is planning the market launch of more than 30 electrified models. In addition, the company is involved in various pilot projects to also reduce emissions outside of vehicles. An initial facility that filters nitrogen oxides from 36,000 cubmic meters of air every day has been established in Heilbronn.

Link to the documentary: youtu.be/mNZIdHhdQs8