Another pole position for Audi at DTM finale 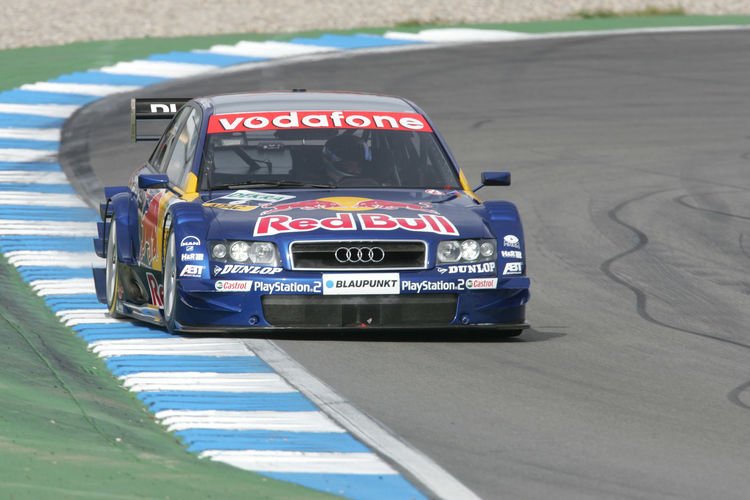 The DTM finale at Hockenheim, as well, will see an Audi A4 DTM starting from the best position on the grid. Audi works driver Martin Tomczyk was the quickest in the single timed lap (“super pole“) of the top ten on Saturday, claiming the fourth pole position in a row for Audi. His team-mates, Mattias Ekström, Tom Kristensen and Christian Abt, in their Audi A4 DTM cars made it into the top ten as well. Emanuele Pirro and Frank Biela will be starting from positions 14 and 15. The race will start at 2 p.m. on Sunday.

Martin Tomczyk (Audi Sport Team Abt / Audi A4 DTM #6)
1st place “super pole“, 1m 35.852s
“Considering the time I clocked, I really hadn’t expected to clinch pole. But the times in the super pole session were generally not that good and so it was enough for me to claim P1. As it was really quite close and a real ‘nail-biter’, I’m all the happier about my pole position. Of course it’s a pity that there are so many competitors between myself and Mattias. This means we’ll have to work out a good strategy for the race.“

Mattias Ekström (Audi Sport Team Abt / Audi A4 DTM #5)
5th place “super pole“, 1m 36.069s
“Fifth place in the super pole isn’t a dream. But I’m very happy for Martin that he is in front. I had no real mistakes in my lap, but in the middle sector the track was very slippery. There was some sand on the track and I was sliding the rest of the lap until the finish line and lost six tenths to my best lap. It will be a tough race. “

Tom Kristensen (Audi Sport Team Abt Sportsline / Audi A4 DTM #12)
8th place “super pole“, 1m 36.300s
“In qualifying I had three very good laps – all within two tenths. Of course I expected to be doing something not much slower in the super pole. But I was losing time continuously the whole lap. This is strange because we didn’t change anything.“

Christian Abt (Audi Sport Team Abt Sportsline / Audi A4 DTM #11)
10th place “super pole“, 1m 37.010s
“In the qualifying session I made some mistakes in my last two laps, that’s why I wasn’t able to improve my time anymore. In the super pole there was no grip at all. I didn’t make any mistakes – just driving as usual – but the car was simply sliding. Obviously, though, this was happening to others too.“

Emanuele Pirro (Audi Sport Infineon Team Joest / Audi A4 DTM #44)
14th place, 1m 36.705s
“I was quite happy on Friday. I thought we started with a good base. But for some reasons we were not able to optimise it. My car was oversteering all the time. The setup we chose was very hard to drive especially on fast corners. This is the reason why the time is very slow. I hope we can do something good to make the car drivable for tomorrow.“

Frank Biela (Audi Sport Infineon Team Joest / Audi A4 DTM #45)
15th place, 1m 36.795s
“In the qualifying, the track seemed to have less grip than this morning. The car appeared completely different than an hour before. It just wasn’t possible to do any better.“

Hans-Jürgen Abt (Team Director Audi Sport Team Abt Sportsline): “To start from pole at Hockenheim is a great achievement – ‘well done’ to Martin. Again, we managed to get all four cars into the super pole here, and that’s a great team exploit. Now, we’re going to prepare ourselves well for the race, because things won’t be easy for us here, despite our pole position.“

Ralf Jüttner (Technical Director Audi Sport Infineon Team Joest): “Things had been looking pretty good in the free practice session. We were optimistic about making it into the top ten, but it didn’t work out for either of our drivers. In the first outing, Frank made a mistake and Emanuele went off the track. It’ll be difficult to score points from these positions. However, in the first race we managed to do that anyhow.“

Dr Wolfgang Ullrich (Head of Audi Motorsport): “The qualifying session was as thrilling as always in the DTM. The whole field is tightly packed. I’m very happy that we’ve clinched pole – and in particular for Martin – who rendered another great performance. Starting from the front at Hockenheim is especially gratifying. Now, we’ll have to try to make a goot team result of this in the race.“