75th anniversary of the four rings 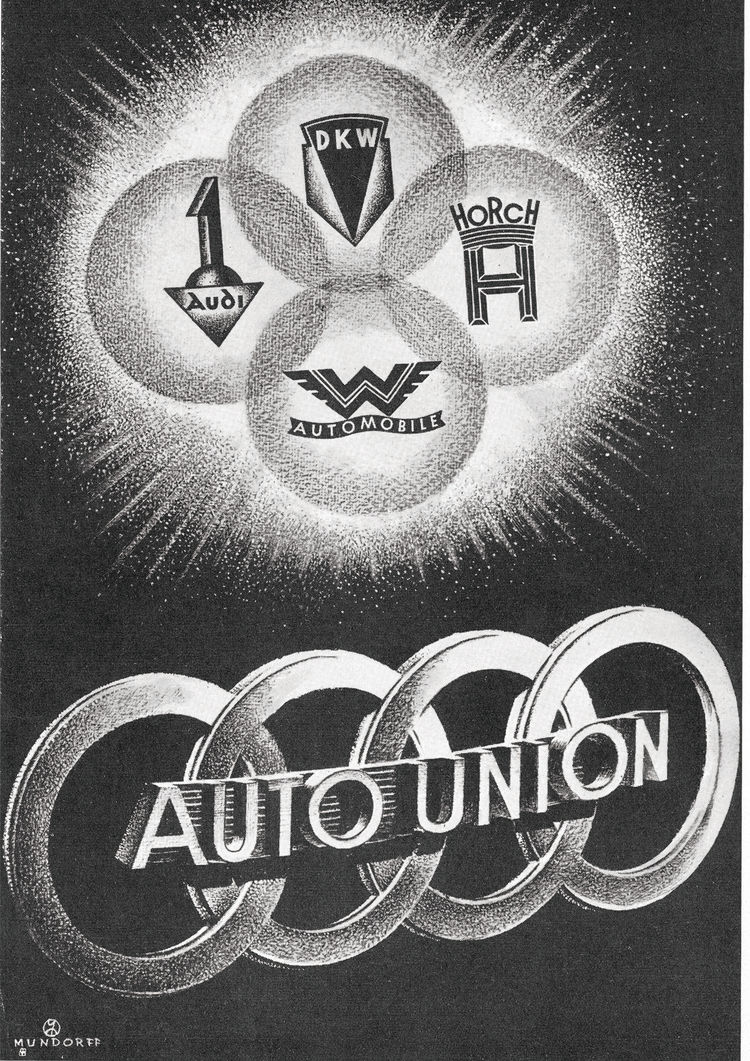 Four interlinked rings: this was the symbol of the merger of Saxony's four car companies Audi, DKW, Horch and Wanderer that led to the formation of Auto Union AG precisely 75 years ago, on 29 June 1932. By the late 1930s, one in four cars in Germany was built by Auto Union AG and sported the four-ring badge on its radiator grille. Auto Union AG was created as a result of this merger, becoming the second-largest car manufacturer in Germany. To this day, the four rings remain the signet of AUDI AG. Thomas Frank, Head of Audi Tradition, explains: "The four rings embody one of the leading international suppliers of exclusive cars and are a visible expression of brand identity and quality – while at the same time acting as a bridge between the past, present and future."

The "75 years of the four rings" theme runs like a common thread through 2007 and Audi Tradition will be portraying it at various events. Audi Tradition will be participating in classic car meets and rallies such as the Concours d'Elegance de Bergerac, the Mille Miglia, the Donau Classic, the Sachsen Classic, the Chronoswiss Classic and the Gran Premio Nuvolari with various classic models of the four brands Audi, DKW, Horch and Wanderer.

There will be special exhibitions in Zwickau, Chemnitz and Ingolstadt to mark the anniversary's theme:

The pressure on German car manufacturers had already been growing since the mid-1920s. Automation and assembly lines were the order of the day. American manufacturers were demonstrating the shape of things to come. Cars from the USA were flooding the European market. Those manufacturers that failed to rationalise or join forces with others were left behind. The Great Depression of 1929 put the four Saxony-based car companies under further pressure. The idea of a merger was first floated by the State Bank of Saxony. The companies finally merged on 29 June 1932 to become Auto Union AG. The companies entering into the alliance were Zschopauer Motorenwerke J.S. Rasmussen AG, which had already belonged to Audiwerke AG since August 1928, as well as Horchwerke AG and the Cars Division of Wanderer Werke in Chemnitz. The company signet depicted four interlocking rings, intended to symbolise the inseparable unity of the four founder companies. The brand names Audi, DKW, Horch and Wanderer were retained. To avoid competition within the new group, each of the four brands was assigned a specific market segment: motorcycles and small cars for DKW, midsize cars for Wanderer, cars in the deluxe midsize segment for Audi, and luxury cars at the top end of the market for Horch.

A further benefit of the merger was that resources were pooled through the centralisation of administration, development, testing, sales and marketing operations at the company's headquarters in Chemnitz. Auto Union was consequently able to achieve pioneering status in the sphere of science and research: the Central Testing Institute (ZVA) and Central Development and Design Office (ZEKB) performed scientific development work and basic research. Even in those days, materials engineering, consumption research, acoustics measurements, wind tunnel tests and crash tests were common practice.

AUDI AG is still benefiting today from the centrally managed, scientific development and research work performed by Auto Union from the mid-1930s on. Characteristic traits shared by the former Auto Union and the present-day AUDI AG are a wealth of ideas, innovative technology and attractive products. These have supplied the basis for an enduring success story.

The four rings of the Audi badge symbolise the brands Audi, DKW, Horch and Wanderer, which were later combined under the umbrella of Auto Union. Auto Union and NSU, which merged in 1969, made many significant contributions towards the development of the car. AUDI AG was formed from Audi NSU Auto Union AG in 1985. Together with the two traditional companies Auto Union GmbH and NSU GmbH, Audi Tradition nurtures and presents the deep and diverse history of Audi. The Audi museum mobile at the Audi Forum Ingolstadt is open daily from Monday to Sunday, from 9 a.m. to 6 p.m.