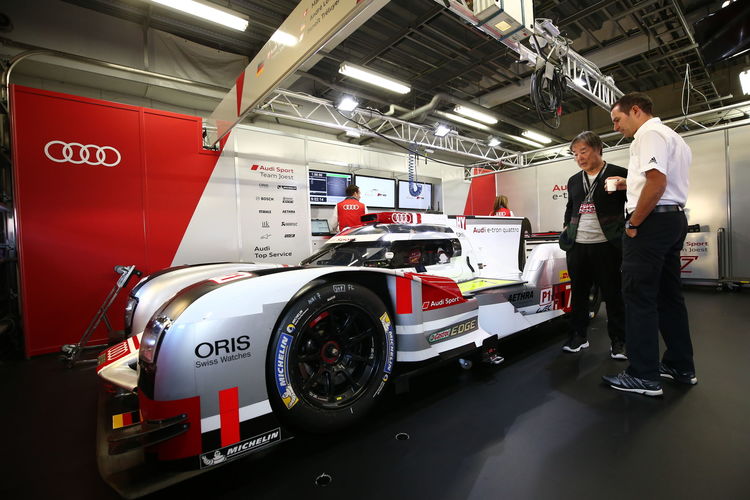 Kazuyoshi Hoshino, mentor of Benoît Tréluyer, visited the Audi pits on behalf of Racing On
Benoît Tréluyer had an emotional reunion at the Fuji 6 Hours. The Audi driver met with former pro driver Kazuyoshi Hoshino in Japan. As a mentor, the 68-year old Japanese played a crucial role in the career of the Frenchman. “Without Kazuyoshi, my career wouldn’t be what it is and I’d hardly be an Audi driver today,” said Tréluyer. Hoshino, who won the Japanese Super GT Championship at the age of 47, founded his own team after ending his career. Tréluyer celebrated the 2006 Formula Nippon title win with the outfit.
Facebook
Twitter
LinkedIn
WhatsApp
Back to top