DTM 2017 – the expectations of the six Audi drivers 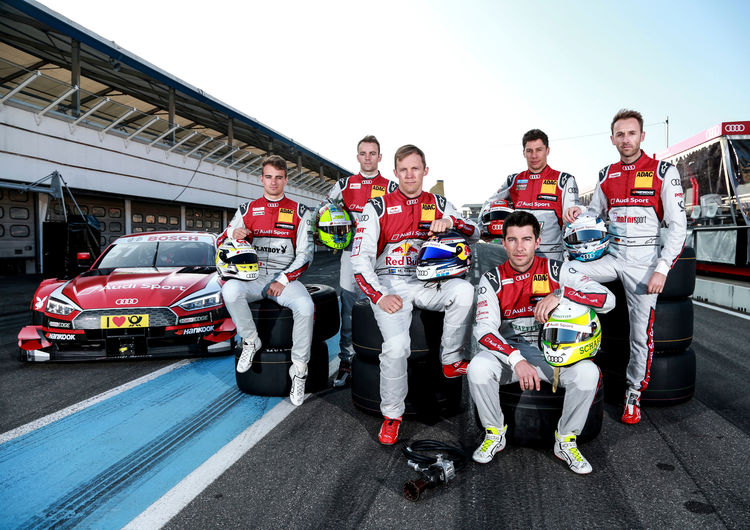 “I’d like to have a lot of fun because that’s when the results are good too. The faster I adjust to the DTM the sooner good results can be expected. I’d like to mount the podium in the 2017 season. I know that in Audi Sport Team Phoenix I can rely on the backing of a strong team. After all, it’s the team that clinched the last two titles for Audi.”

“My main goal is the third DTM title. Last year, my big dream was to become Rallycross World Champion. It came true, so it would be great if it worked out with the DTM this year. The prerequisites are good. There’s a lot that’s new in the 2017 DTM and most of it will help me. My goal is to achieve better results in qualifying and in the races on Saturday. If that works out I might be able to clinch my third title.”

“Finishing the DTM in the top three twice in succession is a strong achievement and bodes well. It shows that we always had chances of becoming champions. That’s why in 2017 the title can be the only goal. I continue to be fully motivated, work hard for it and, at the moment, am generally very happy with my life, also aside from motorsport.”

“In 2016, I showed that I basically had the pace, but I could have definitely done better. My aim for 2017 is to become more consistent and to also put my speed on track when it matters – which is in qualifying. I rigorously worked on this in winter.”

“My goal is to become the best rookie even though, with Loïc (Duval) in the field, there are two of us. I’d like to learn to regularly score points and to always finish the race well, to simply learn my way around the DTM, to integrate myself and to extract the most. We’ll have to wait and see how far that’ll get me. The DTM is extremely changeable. Nobody can tell where he stands at the end of the year. There are simply 18 extremely good drivers competing in the DTM.”

“There’s no doubt about it: the last two years were frustrating. The team and I have to get out of this hole. We need to change a few things and are ready to do that. We’re hoping to be able to make different appearances again than we did in the last two years, especially better than in 2016.”