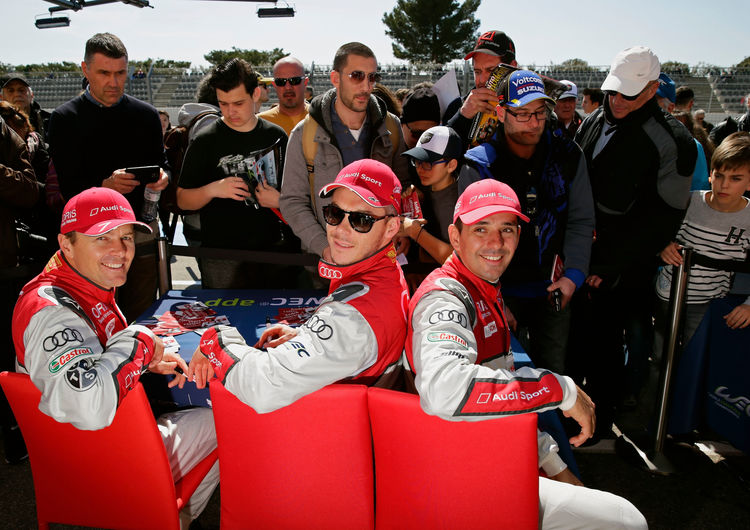 The Audi driver before the start of the fifth FIA World Endurance Championship WEC season.

A long winter comes to an end and in three weeks the season starts. Your feeling?

First of all the winter did seem to be very long, but after the tests started an old motorsport rule proved itself to be true yet again: the time to the first race literally flies by. We’ve already made some essential development steps, but we are well aware that there are still a few things to do.

The 2016 Audi R18 features plenty of new technologies. How do these new innovations affect your work in the cockpit?

As a matter of fact, our current racecar shares barely a single bolt with its predecessor. The aerodynamics are new and the hybrid system now processes 50 per cent more energy, namely 6 Megajoule. As a result, an entirely different strategic approach is possible and necessary with the energy recuperated. Since the start of testing we have put a lot of time into fully understanding these processes and to fathom out the possibilities. The prologue at Le Castellet was another step in the right direction.

Are different demands now made of you and your team mates in the cockpit?

The Audi Sport engineers have attached great value in providing us with the optimum support. The new hybrid system is much more powerful, however, it must not change the handing of the racecar or our driving style too much. This is why the current set-up work is still very basic, because during the race weekend at Silverstone it should only be about fine tuning.

A year ago the opener was a real thriller. Will the FIA WEC spoil the spectators again this time around in Great Britain?

At the start of the 2015 season we didn’t know where we stood in comparison to the competition. Then the race developed into one that I would consider as one of best in my career. The battle with my Swiss countryman Neel Jani was just fantastic. Again this year we don’t know how strong the others are. I can only wish that the fans in Great Britain enjoy the beginning of an exciting season.