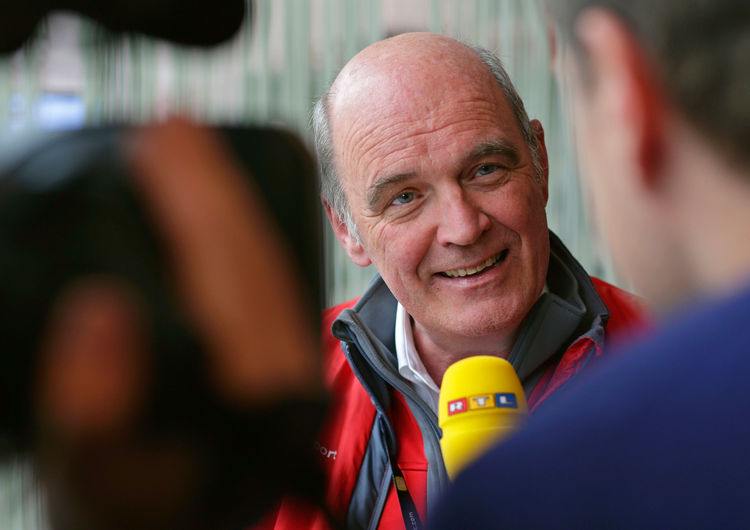 The Head of Audi Motorsport following the WEC victory at Silverstone

Audi’s factory-backed motorsport program started with a victory in the FIA WEC. How do you rate this success?

I’m happy for the entire team. In Neuburg, Neckarsulm and at Audi Sport Team Joest, a lot of hard work has been done for this season. Since 2014, we’ve been developing the current generation of our race car. It entails a lot of innovations – such as the new hybrid system, as well as radically new aerodynamics, a new monocoque, plus many other technical details. Everyone can be proud of this success.

What strengths of the team and the drivers did you see during the season opener?

The pressure by our rivals can be felt clearly. All the fans of endurance racing can look forward to a season that will arguably be even closer and more thrilling than last year. This weekend, we had to master a number of challenges, such as the snow on Saturday morning and the subsequent qualifying session without a lot of experience on a wet track, or the battle with Porsche for race victory. Every one of the three manufacturers suffered some setbacks, had to make tactical moves, and keep a cool head. Our drivers as well as the team managed to do that. ‘Thank you’ also for the great team spirit. By pulling together, the mechanics of both cars worked toward a single aim and assisted each other.

What work remains to be done before Le Mans?

We’ve still got a lot on our plate. It’s clear that we need to quickly find out what caused the retirement of our number ‘8’ and to eliminate the root cause once and for all. It’s also no secret that, at Le Mans, covering four times the distance of the other WEC rounds is a major feat. Plus, there are special solutions for Le Mans. It’s common knowledge that we’ve been developing separate aerodynamics for this high-speed track for many years. In addition, a limitation of the MGU’s output will apply there for the first time this year. The success at Silverstone is sweet, but our program will be no less intensive – quite the opposite is true.