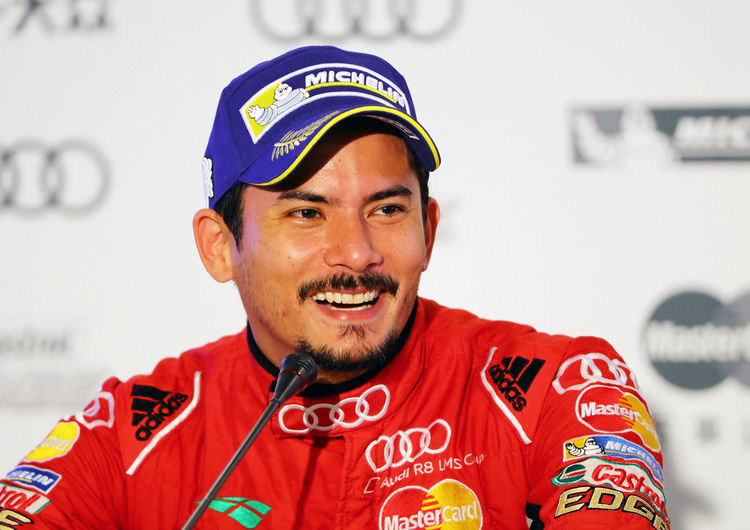 Congratulations on winning your third consecutive title in the Audi R8 LMS Cup! How difficult was clinching it?

My first title in 2014 was really special. All three championships were hard-fought ones, but this year, the competition was even more intense than before. Many times, there’d be ten or eleven cars within a second of each other and you couldn’t afford to make a single mistake. It was great to see two young, very fast drivers – Alessio Picariello and Martin Rump – establish themselves among the front runners in the Audi R8 LMS Cup. They raised the bar and all of us had to respond accordingly. Our finale at Shanghai was extremely thrilling. I entered the last race with only a one-point advantage. Following a safety car period, Alessio Picariello launched an attack. Had I been in his situation, I might have made a similar assault. Unfortunately, he hit my car and I retired. Afterwards, he received a penalty that was arguably appropriate. As a result, I won the title with a one-point advantage due to a Stewards’ decision, even though I’d have preferred winning it on track.

This year, the new generation of the Audi R8 LMS was fielded in the Cup for the first time. How does the new car feel?

It’s even more fun than its predecessor. It’s a successful evolution. The brakes are better, the transmission is more precise, aerodynamics are more efficient and the downforce is higher. The way it handles almost reminds me a little of a single-seater race car.

You won a race each in Thailand, Malaysia and in Korea. Which success was the most important one for you this year?

My first victory in Thailand. The Audi R8 LMS Cup rules include ballast weight being added following a previous success. I acted tactically in the Shanghai season opener in order to start the second race weekend in Thailand without ballast. That paid off because we were on a roll ever since the Thailand weekend.

What are the hallmarks of the Audi R8 LMS Cup that has been setting standards with numerous ideas in Asia?

We deliver thrilling races to the spectators. Interest, particularly in social networks, is huge. The race cars are excellent and absolutely identical. Nobody can complain about being disadvantaged. That’s very important in a one-make cup and the Audi R8 LMS Cup is arguably the world’s fastest GT one-make series. I really enjoy racing for the Audi brand.